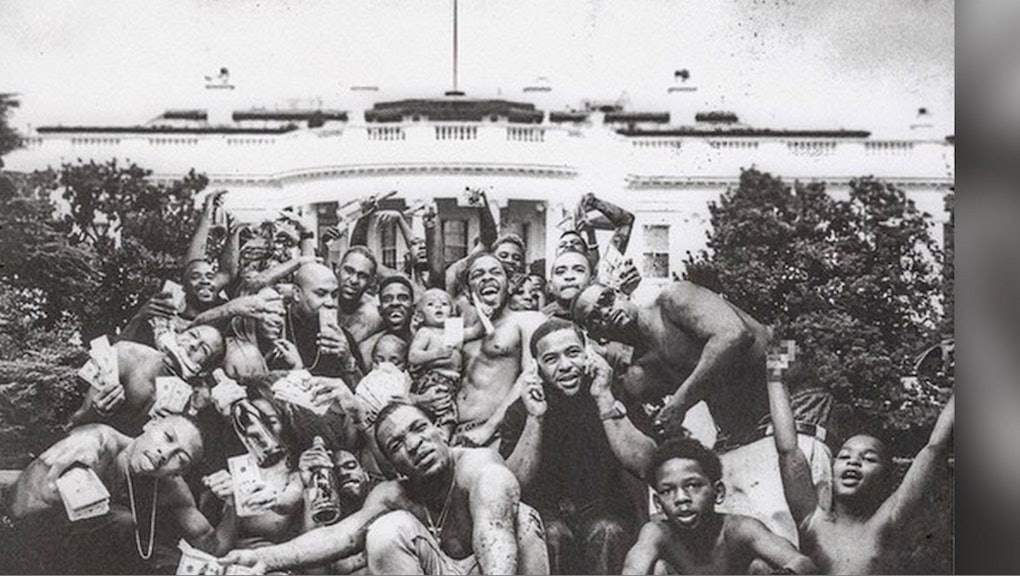 When it comes to music, Obama's good taste is well known. He's undoubtedly got the highest hip-hop IQ of any U.S. president, able to name drop luminaries like Nas and Lil Wayne and mock Kanye West without coming off as a complete herb.

Wednesday, Obama offered the nation a glimpse at just how deep his hipness runs, when he revealed in a People interview his song of the year was a deep cut off Kendrick Lamar's To Pimp a Butterfly called "How Much a Dollar Cost." First Lady Michelle Obama, on the other hand, made a much more popular choice: Bruno Mars' "Uptown Funk."

"How Much a Dollar Cost" tells the story of Lamar being approached by a ragged-looking homeless man, whom Lamar assumes is a crack addict, asking him for a single dollar. Lamar denies him several times until the man reveals he's Jesus Christ in disguise, and Lamar finds out how much a dollar costs: "The price of having a spot in heaven."

The song is definitely one of the least controversial songs off of what is a deeply confrontational and political album, but it's a compelling choice for song of the year. It also likely means that Obama listened through the album in its entirety and may have heard his shout-out on "Hood Politics."

Listen to the POTUS' song of the year below.

Update: Kendrick Lamar responded to President Obama's choice for his song of the year Thursday in a video when approached by a TMZ cameraman. "That's great," he said.

The cameraman then followed up with a question about the song's meaning. "Should people really approach every opportunity like as a test?" the cameraman asked. "Like everyone you run into might really be God?"

Sagely, Lamar responded, "Help as many people as you can. You won't live for ever."