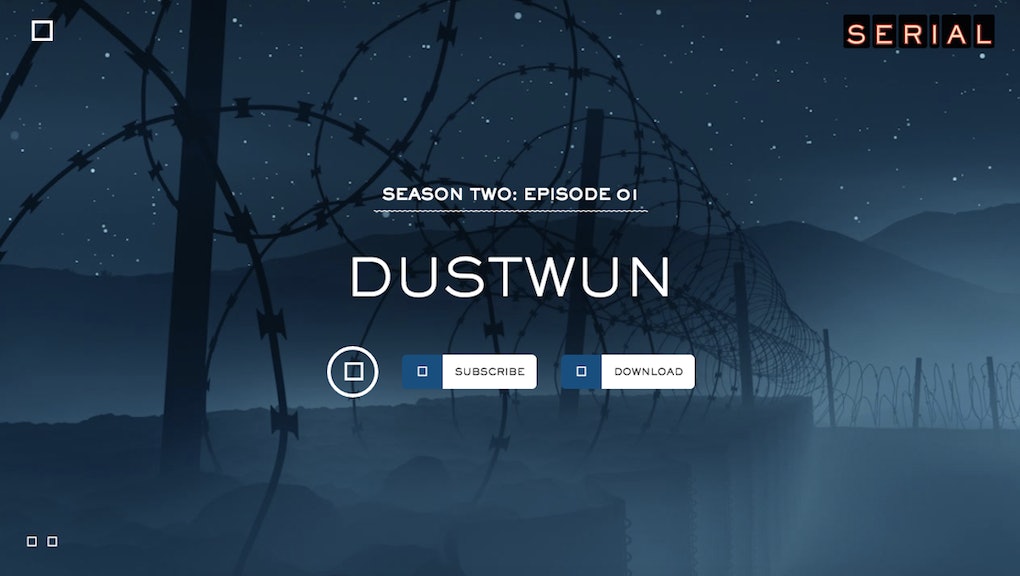 Serial, the podcast about a murder case that went viral in its first season, is finally back with its first episode of a second season about a much more high-profile story of a U.S. Army sergeant held captive. The Serial site began streaming the second season's first audio file, titled "Dustwun" on Thursday morning, causing the site to crash repeatedly as fans across the world flocked to hear what's in store for the podcast's next case.

In Serial's second season, the podcast is focusing on one U.S. sergeant's release from captivity after being held from 2009 until May 2014 by a network associated with the Taliban in Afghanistan. Sgt. Robert Bowdrie "Bowe" Bergdahl and his story was one that both enveloped and confused the nation.

If the second season is at all similar to the first, listeners can expect yet another suspenseful story filled with twists and turns to take with them on their commutes and daily journeys. The first Serial podcast had an average of 3.4 million downloads per episode by Dec. 22, 2014, according to CNN, with a total of approximately 40 million downloads by Dec. 23, 2014. Serial was created by This American Life and is hosted by Sarah Koenig and is produced in partnership with Chicago's WBEZ. A new podcast is released each week, and according to the website, "We won't know what happens at the end until we get there, not long before you get there with us."

The first episode of the second season can be downloaded via Serial, though the website was experiencing service interruptions Thursday morning as fans around the world awoke to the surprise news.