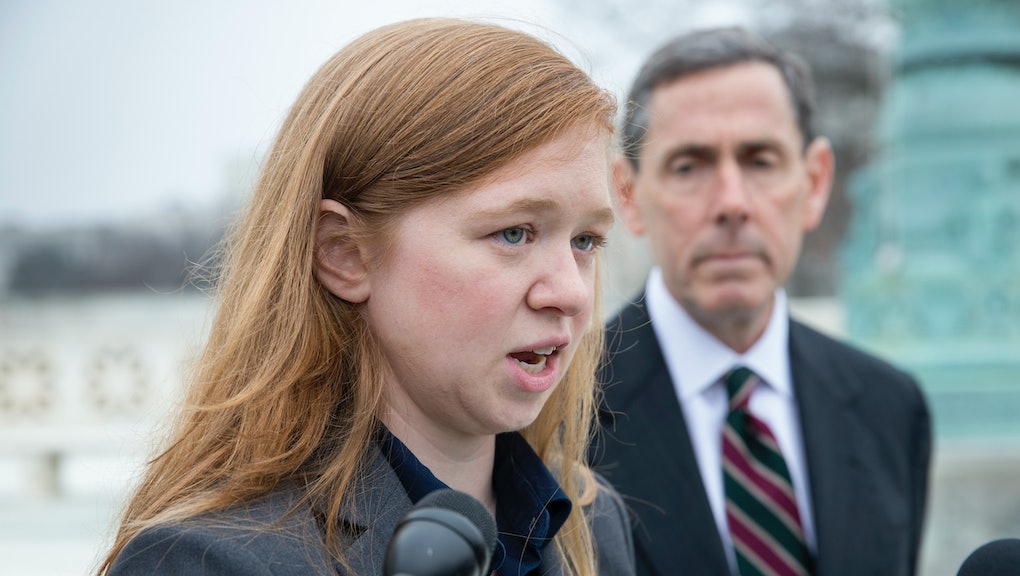 During Wednesday's hearings for Fisher v. University of Texas, Supreme Court Justice Antonin Scalia implied that affirmative action puts black students in schools too challenging for them. The case centers on Abigail Fisher, a white Texas student who, because she was not in the top 10% of her high school graduating class, was not eligible for automatic admission to the University of Texas, Austin, in 2008. Instead, she was evaluated as part of the University of Texas' "holistic" admissions process, which can use race as a factor for admission. The case was first heard in federal district court in 2009 and made its way to the Supreme Court for the first time in 2013. Fisher argues the policy is unconstitutional.

As Scalia's comments circulated online, black students at the University of Texas, as well as Black Twitter in general, tweeted messages to Scalia and Fisher.

Always ready with a clapback, Twitter did not disappoint with the #StayMadAbby hashtag.

Many University of Texas students and alumni Texas tweeted photos of them at the university, where they earned their degrees:

And some people deployed humor to counteract Fisher's anger:

Whether you agree with Black Twitter's sentiments, you have to respect how quick they mobilize.