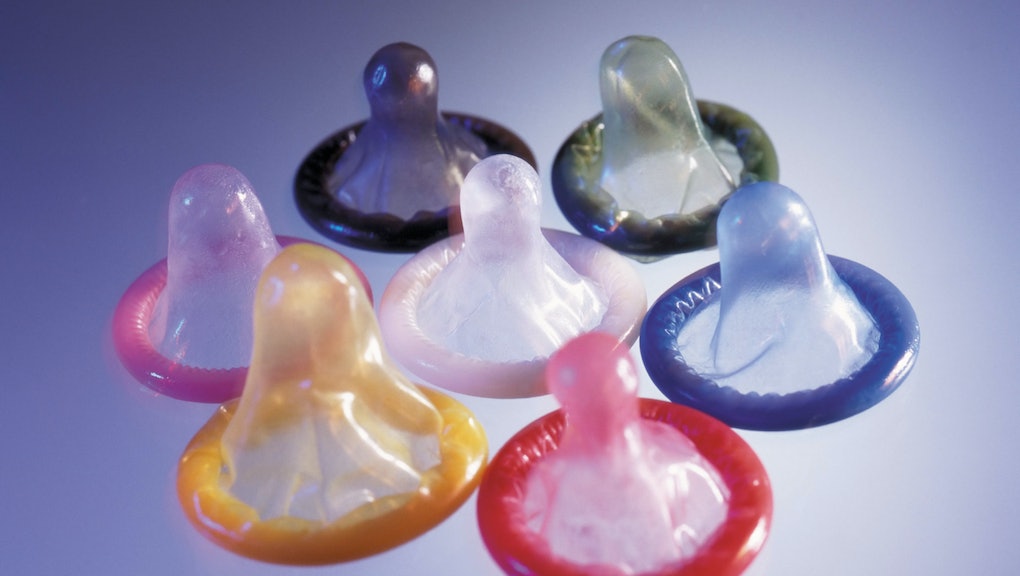 What are high school students actually learning about sex in 2015? Well, according to a new report from the Centers for Disease Control and Prevention, the answer to that question is: pretty much nothing!

According to the CDC report, a massive proportion of U.S. sexual health education classes fail to cover all of the center's recommended topics for sex ed, particularly when it comes to educating students about condom use and other forms of birth control. The results varied widely across the country, which means, essentially, that what kids learn about safe sex (or whether they learn about it at all) mostly depends on where they live.

The report: The CDC outlines 16 recommended HIV, STI and pregnancy prevention topics for middle and high school sexual health education for the 2013-2014 school year. The report found, however, that of the schools in the 44 states surveyed, a median of just 17.1% of middle schools and 45.5% of high schools actually covered all of the subject areas.

The CDC found that many middle and high schools did a decent job of teaching kids about the consequences of HIV, other STIs and pregnancy. However, schools did a comparatively crappy job of teaching them how to effectively avoid pregnancy or contracting STIs. While the vast majority of the schools surveyed taught students the benefits of sexual abstinence (93.9%, according to the data), less than 60% taught students how to obtain or properly use condoms. Considering that data from the Guttmacher Institute indicates that nearly 50% of 17-year-olds and 61% of 18-year-olds are sexually active, that's a huge issue.

The report also found that the quality of sex education varied widely state by state. In New Jersey, for instance, which provides comprehensive sex education in public schools, 98.1% of schools covered preventative care for maintaining sexual and reproductive health. In Arizona, however, which does not require schools to teach sexual health, just 50% did.

This stuff matters: There's a reason why the CDC outlines so many different health topics schools should cover: sexual health is important, especially for young people. According to the report, young people between the ages of 13 and 24 accounted for more than a quarter of all new HIV infections in the U.S. in 2010, and people under 24 make up approximately half of the nearly 20 million new STI reports each year. And let's not even discuss the rate of teen pregnancy in the United States, which is the highest of any industrialized country in the world.

Meanwhile, comprehensive sex education, which includes information about birth control and STI transmission, is linked to a number of positive health effects for young people. Contrary to what advocates of abstinence-only sex ed might believe, teaching kids about topics like condom use doesn't encourage them to have more sex; instead, it's been shown to delay sexual activity among young people and reduce the rate of unprotected sex.

In short, comprehensive sex ed can help keep kids safe, healthy and happy. Unfortunately, however, not enough schools seem to understand that.