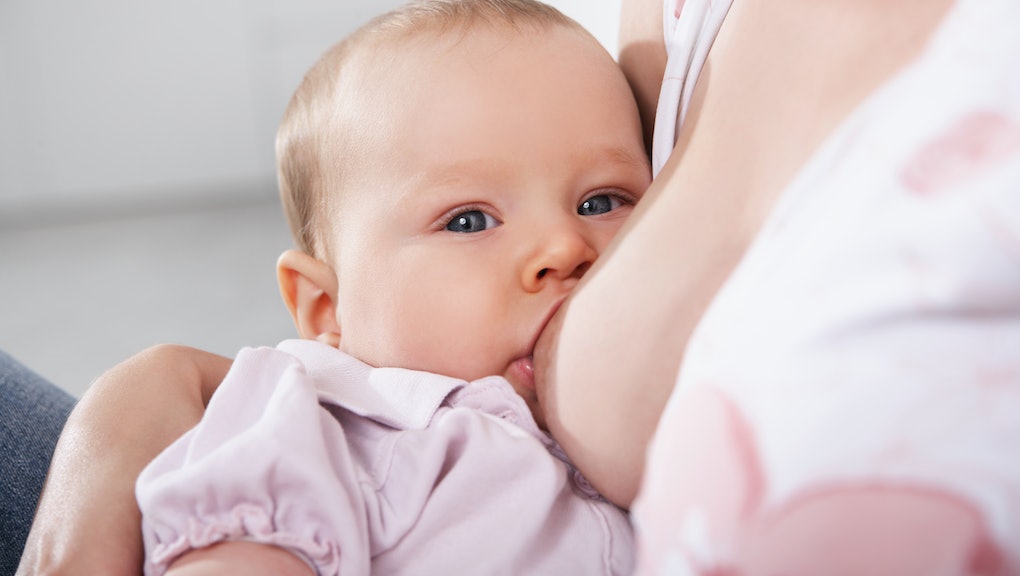 Can a woman ever just breastfeed in peace? All too often, the answer seems to be "nope."

In the latest example of alleged public breastfeeding shaming, we have a woman in the U.K. who says that breastfeeding essentially got her kicked out of a meeting from a local chapter of the Women's Institutes, the "largest voluntary women's organization in the U.K.," which aims to empower women to "campaign on issues that matter to them and their communities," according to its website.

Though she hasn't shared specifics about the nature of the incident, Nicole Bentley wrote in a Facebook post Tuesday that she was "absolutely disgusted" by the chapter for not being OK with her desire to provide her newborn baby with sustenance so it could, like, live.

"I'm not welcome because I breastfeed my baby," she wrote in the post. "Well you can shove your meetings up your arse as I thought it stood for women united together but obviously not!"

That a women's organization might discriminate against a breastfeeding mother might seem a little ironic. It's worth noting, however, that the Women's Institutes has been known to have something of a "staid and stodgy image," a reputation that it tried to shed by publishing a nude calendar back in 2000 (the inspiration for the 2003 film Calendar Girls).

The Guardian reports that the organization has issued an apology to Bentley on its own Facebook page (the post itself doesn't appear to be public) and that the Women's Institutes were "very sorry" about the incident, suggesting that the mixup had less to do with breastfeeding shaming and more to do with a ban on babies in general.

"The woman in question was advised that it would be a child-free zone, as some of the women setting up the WI were eager to keep it so," the post said. "This is a common policy at WI meetings, as many WI members see the meetings as an escape from family life where they can concentrate on themselves and meeting other women."

Either way, one can't blame Bentley for feeling a little defensive. After all, women who dare to publicly breastfeed are routinely shamed for doing so, whether it be at a restaurant, on an airplane or even at a legal deposition. Women who post breastfeeding photos on social media are also regularly censored, even though both Facebook and Instagram technically allow moms to post such images.

In the face of such rampant public disapproval, it makes sense why moms like Bentley would fight for the right to breastfeed — and why other moms like Ashley Kaidel, a mom whose Facebook post about being shamed for breastfeeding recently went viral, are also fighting back.

"I post this to give mamas encouragement. And to encourage others to make breastfeeding mothers feel accepted and supported; not alienated, ridiculed and judged," Kaidel wrote in the caption of her Facebook post. Amen.