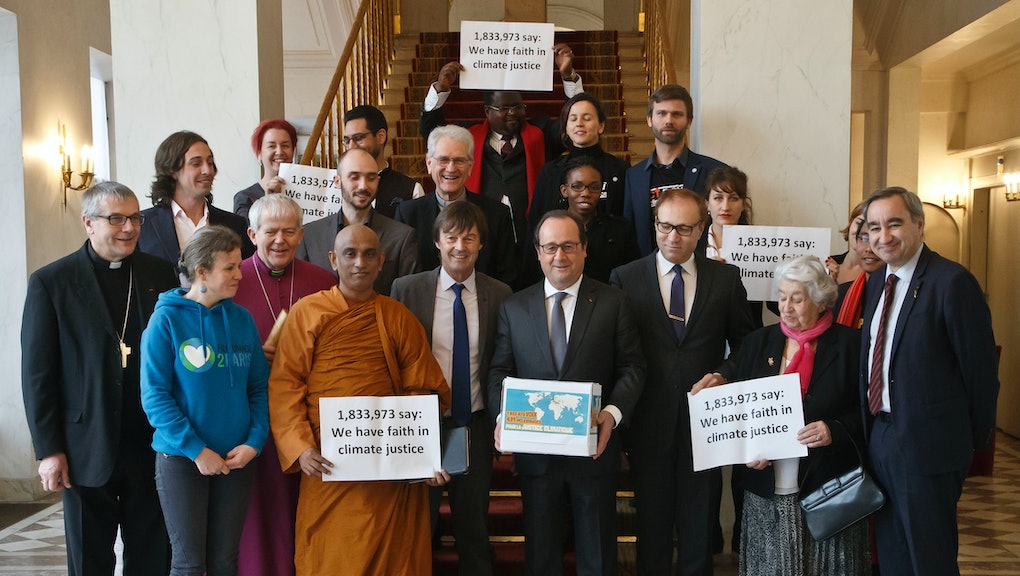 As world leaders convene in Paris for the COP21 summit — where 195 countries are represented and more than 100 world leaders work toward lowering global carbon footprints and setting limits to world temperature increases — the world is getting a new look into American politics. Some international folks had no idea a debate was even taking place within the U.S. as to whether the country should step in to prevent climate change, NPR reported Wednesday.

"You travel around Europe, and you talk to leaders of governments and the opposition, and they're arguing about a whole bunch of things. One thing they're not arguing about is whether the science of climate change is real and whether we have to do something about it," President Obama said at the summit, according to NPR.

Rachel Kyte, the World Bank's vice president and special envoy for climate change, admitted to NPR that people outside of the U.S. are "perplexed" by the nation's struggle to confront the issue due to complicated politics, "And that is a complexity that everybody understands the U.S. will have to work its way through."

Claudine Pierson, a French interpreter who was attending the COP21, told NPR she was "surprised to see how many Americans are around," considering the nation is seen by most international parties "like polluters."

Negative perceptions of American attitudes toward climate change aren't new. According to a November poll conducted by the Associated Press-NORC Center for Public Affairs Research, 38% of Americans — the highest percentage of the 1,058 people polled — are "not too worried or not at all worried" about climate change, according to CBS News.

Compared to a recent Pew Research survey finding that a majority of those polled in 40 nations believe climate change is a serious problem, the results are alarming.

However, some are noticing improvement in the discourse surrounding American politics and the world's effort to halt climate change in its tracks. "The relationship has never been this close, open and transparent," foreign minister for the Marshall Islands Tony De Brum told NPR. "In all my years working with the U.S. government, I've never felt them more a real part of the effort to resolve the problem."

The COP21 summit is being held from Nov. 30 through Friday. Learn more about the climate change summit here.