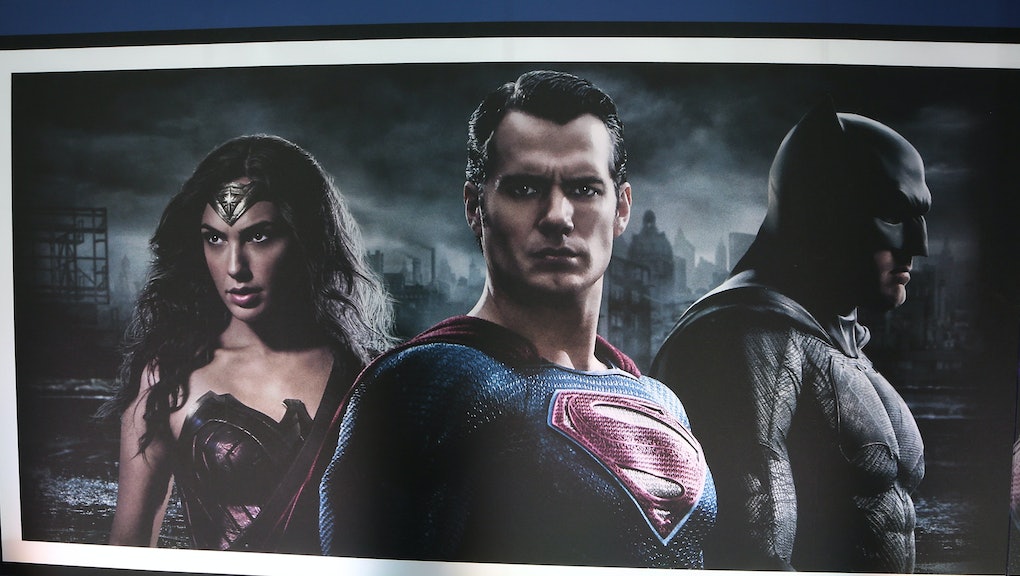 Audiences are bracing for the ultimate superhero mashup — Batman v Superman: Dawn of Justice is set to arrive in theaters March 25, 2016, and will bring together two of the biggest heroes in the DC Comics universe.

According to the film's official website, the plot will involve a confrontation between the two heroes after Batman, "fearing the actions of a god-like Super Hero left unchecked," travels from his home in Gotham to Metropolis to meet Superman in person.

In true blockbuster fashion, however, there's a lot more going on. The official synopsis hints at the epic battles in store: " ... with Batman and Superman at war with one another, a new threat quickly arises, putting mankind in greater danger than it's ever known before."