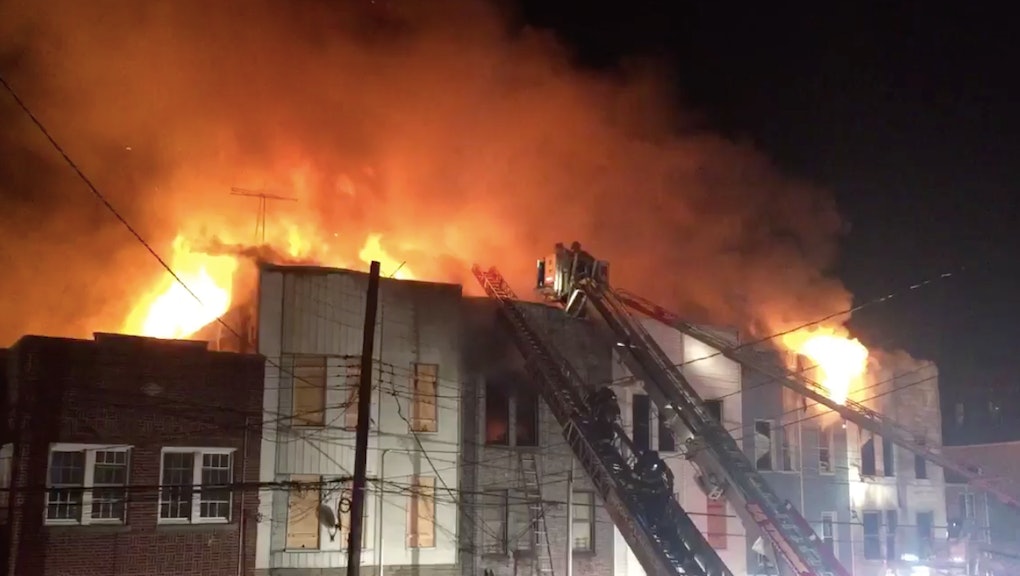 A massive fire tore trough the Bronx in New York City late Thursday, injuring nine people and causing dozens of residents to evacuate to safety. According to NY1, blazes began around 11:30 p.m. Eastern and around 200 firefighters reported to the scene to extinguish the burning buildings. According to a tweet from the fire department, the incident occurred at Valentine Avenue and E. 180 St.

One unnamed resident described the scene upon arriving home from work and finding a disaster underway. "I didn't know where anyone was," the resident told NY1. "My phone was dead. So I was just sitting there crying because you could see through the house, like, all the walls were down and everything. It's just terrible."

The FDNY was on the ground, tweeting as the fire worsened from a two-alarm fire to a six-alarm fire:

The Associated Press reported the flames, which escalated quickly and injured six firefighters and three people, engulfed several two- and three-story row homes. Officials are investigating the cause of the fire.

Photos posted to Twitter capture the crisis that unfolded: