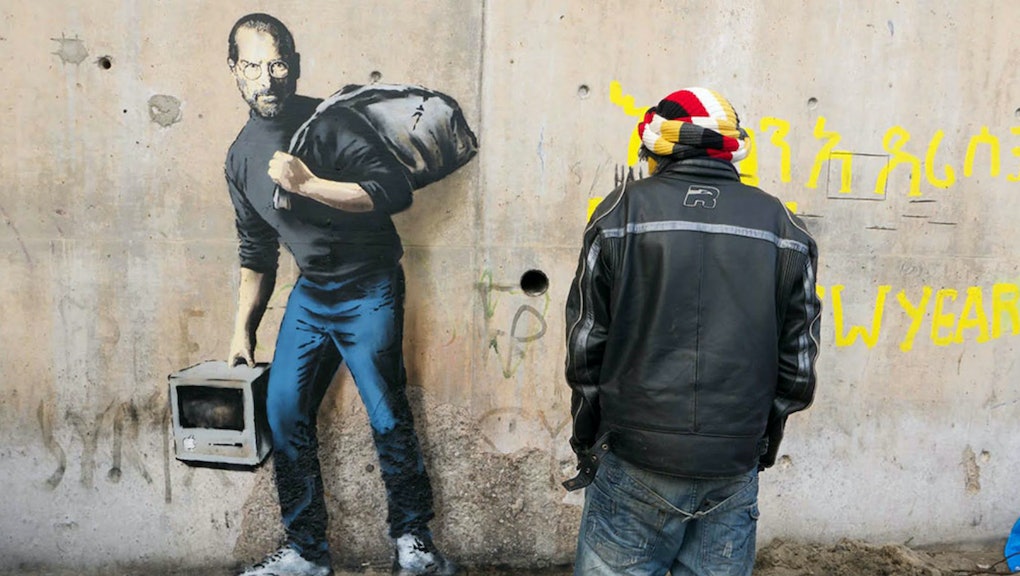 Jobs was the son of a Syrian migrant, and Banksy's image underscores the benefits that Syrian migrants can bring to any country where they make their roots.

"We're often led to believe migration is a drain on the country's resources, but Steve Jobs was the son of a Syrian migrant," Banksy said in a statement, the Telegraph reported. "Apple is the world's most profitable company, it pays over $7 billion a year in taxes — and it only exists because they allowed in a young man from Homs."

The image Banksy used of Jobs is an iconic one — it eventually became the cover of Walter Isaacson's widely read biography on Jobs. While the image is striking alone, it's even more powerful in context, with makeshift tents dotting the landscape around it.

Though his father was a Syrian migrant, Jobs was adopted by a California couple who raised him, according to the Telegraph.