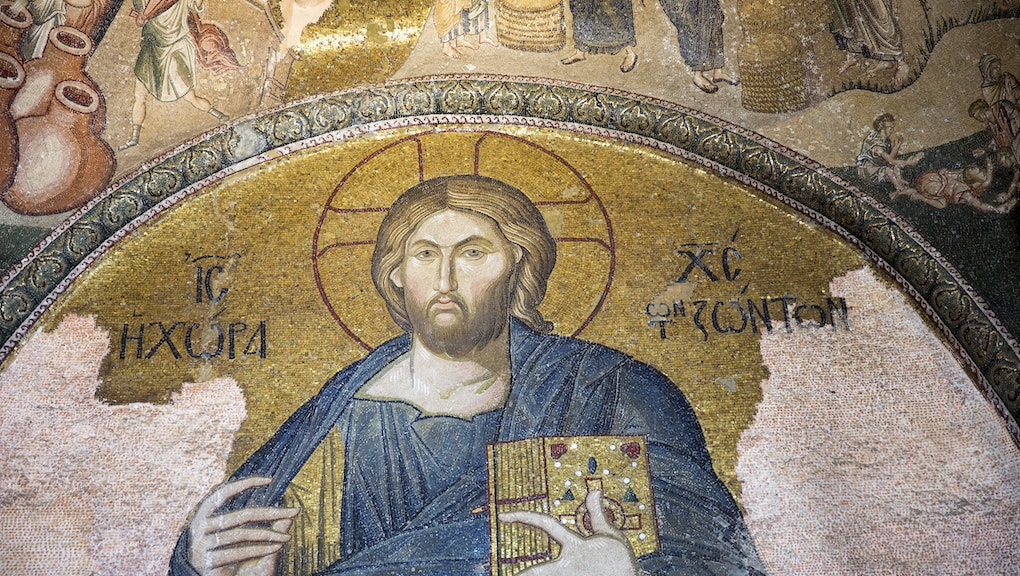 The world is familiar with the Western depiction of Jesus Christ in art: a be-robed, pale-skinned, svelte man with fair hair and eyes.

But Richard Neave has thrown a wrench in the Eurocentric depiction of Christianity's founding son. Using forensic data from the skulls of first century Jewish men, the British anatomical artist retired from University of Manchester, reimagined Jesus' face.

Neave looked at the skulls of Semites from around Galilee in Northern Israel, recreating them with the help of a series of computerized x-rays. He augmented his research — for example, for Jesus' hair — by examining drawings depicting the average man from this region and time to fill in the remaining gaps. Gone are the Princess Buttercup locks.

While Neave's image of Jesus was first published on Popular Mechanics on Jan. 23, the internet being the intractable beast that it is only picked up on it in recent days and "Jesus Christ" was trending by Monday.

"I made a plaster cast of the skull which gives me something to work on," Neave told the BBC in 1998, describing his process after helping the police solve a murder mystery by recreating a corpse's face.

"Then I put clay over it and, using soft tissue measurements, build up the anatomy of the face," he said. "Inevitably there are some areas where you have to speculate, particularly if parts of the skull are missing."

As well as his work in forensic criminology, Neave has attempted to reconstruct the faces of numerous other historical figures in the past. These include King Midas of Phrygia, Alexander the Great's father and Philip II of Macedon, Popular Mechanics reports.

The timing of the image's surge in popularity can probably be linked to Jesus's pending birthday — or whatever day Dec. 25 marks. At least we can now more realistically imagine what he'd look like in a party hat.