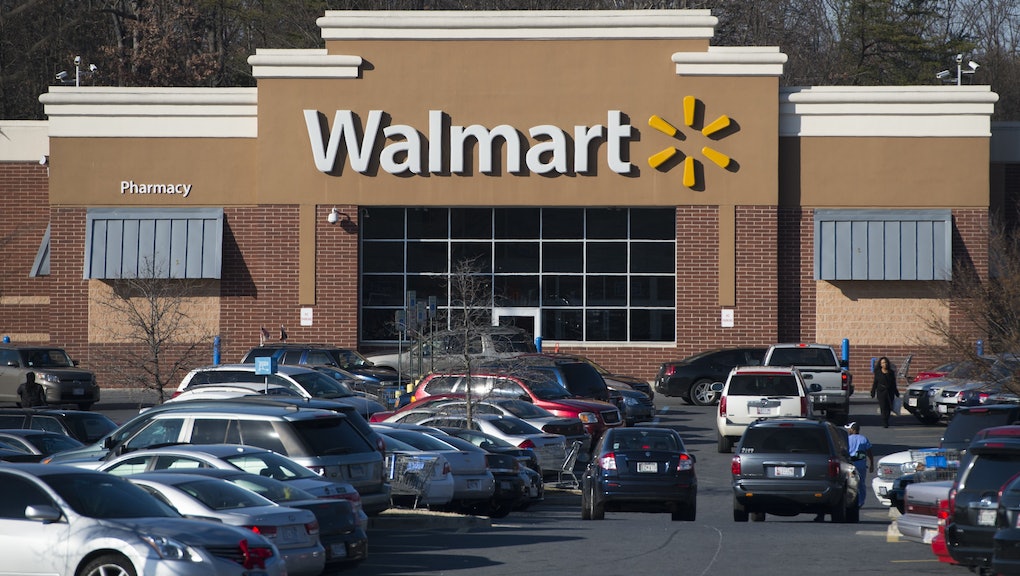 Man With Guns, Machete Shot and Killed at Pennsylvania Walmart

A man who entered a Walmart in East Stroudsburg, Pennsylvania, armed with "two handguns and a machete" late Saturday evening was shot and killed by police, local outlet WCVB reported.

The gunman, who has been identified as 20-year-old Andrew Joseph Todd, was "threatening and pointing a weapon at customers," the Associated Press reports. Police reportedly arrived on the scene shortly after 10 p.m. and told Todd to drop his weapon. When he refused, officers shot him in the chest, according to CNN.

Todd was pronounced dead at the Pocono Medical Center, AP reported. There were around 100 shoppers in the Walmart at the time, according to AP. No customers were injured.

This incident comes in the midst of an ongoing gun control debate happening across the nation. An attack on a social services center in San Bernardino earlier this month was the 355th mass shooting in the US so far this year. Twitter users are responding to this latest incident of gun violence with an attitude that speaks to the nation's collective weariness.