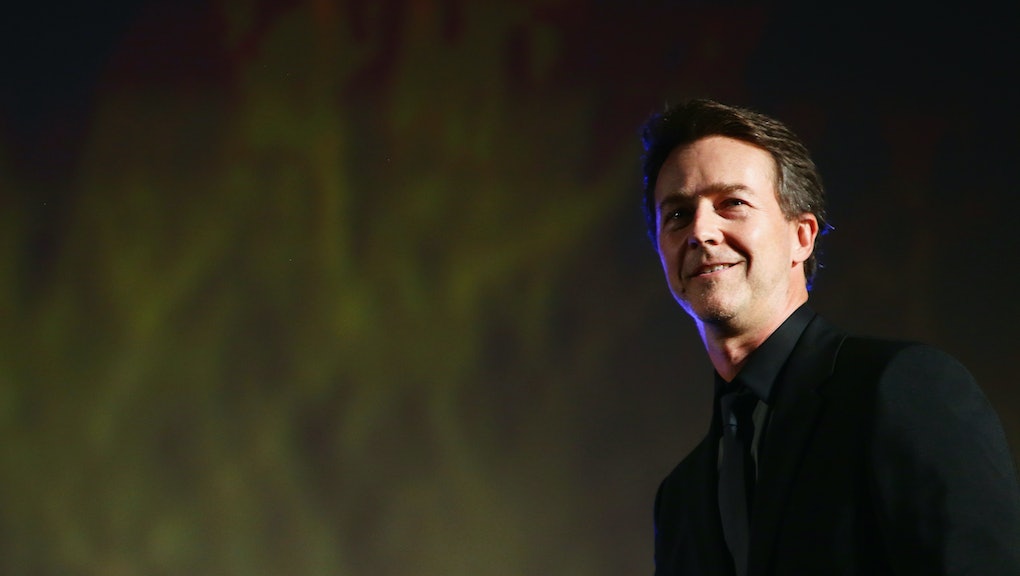 President Obama wasn't the only one to pledge his support of a Syrian scientist who appeared in a Dec. 8 Humans of New York blog post as part of creator Brand Stanton's series on Syrian refugees. Birdman actor Edward Norton also read the scientist's story and was "moved to tears" — and to action. Norton emailed Stanton to ask "if he could host a fundraiser for the scientist in Tuesday's story," according to a HONY Facebook post. Stanton agreed, and the actor set up a CrowdRise page. So far, he has pooled upward of $350,000 that will go toward helping the refugee (whose name has not been made public) rebuild his family's life in America.

"If we don't welcome people like this into our communities and empower his dream of making an impact with his life, then we're not the country we tell ourselves we are," the actor wrote on CrowdRise. "Let's reject the 'anti-human' voices that tell us to fear refugees and show this man and his family what Americans are really made of."

Speaking to Stanton, the scientist described the sacrifices he's made in pursuit of his dream. Putting himself through school, he "gave everything" to achieve his "ultimate goal" of making "a lasting contribution to humanity" as a scientist. He told Stanton how his home — which he built himself — was torn apart by "government anti-personnel missiles," killing seven of his family members, including his wife and one of his daughters. The scientist fled to Turkey with his son and surviving daughter, where he has been unable to find steady work and is barred from jobs at the university. The constant stress of his life led to stomach cancer, which is spreading and — because he lacks the means to get surgery — is impossible for him to treat.

The scientist will be relocated to Troy, Michigan, but as he puts it, he is "fighting against time." He has retained a remarkable degree of hope, considering his circumstances. "I still think I have a chance to make a difference in the world," he told Stanton, enumerating the inventions he would like to introduce once he arrives in the U.S.

"I've rarely been shaken by a story more than the scientist's," Stanton said on Facebook. "His life had been so tragic, but throughout the entire interview, he kept returning to his desire to help mankind. He didn't want to die before making a contribution to humanity, and he felt that he was running out of time."

The money Norton raises on CrowdRise will go toward getting the scientist's "medical treatment he needs to live and pursue his work," helping his family "build a new stable life after their tragedy" and toward "his dream of contributing to the world," Norton writes on the fundraising page.

Donations can be made here.