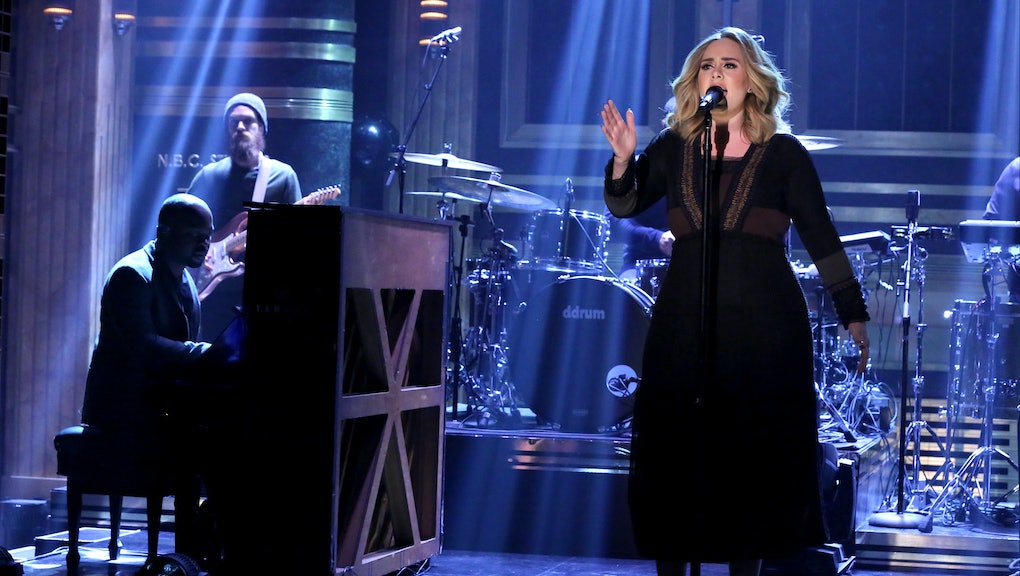 When Adele sings "Hello," her first release from 25, in front of an audience, it becomes immediately clear the world has been listening to the British vocalist on repeat since the song dropped. The 27-year-old songstress took to the U.K.'s X Factor stage on Sunday night to perform the single during the show's finale, as fans sang along, cheering and posting photos and videos online throughout the performance.

Though an official video of the performance hasn't yet been uploaded by the network or X Factor as of Monday morning, videos from fans paint a picture of a stellar performance. "I've honestly been waiting like half my life to do this," Adele said on stage after finishing her performance, according to Billboard. "Thanks for having me."

Adele also announced a North American leg of her world tour shortly after taking the X Factor stage, surprise tweeting a link to her website with new dates and locations throughout the United States, Canada and Mexico on Monday morning.