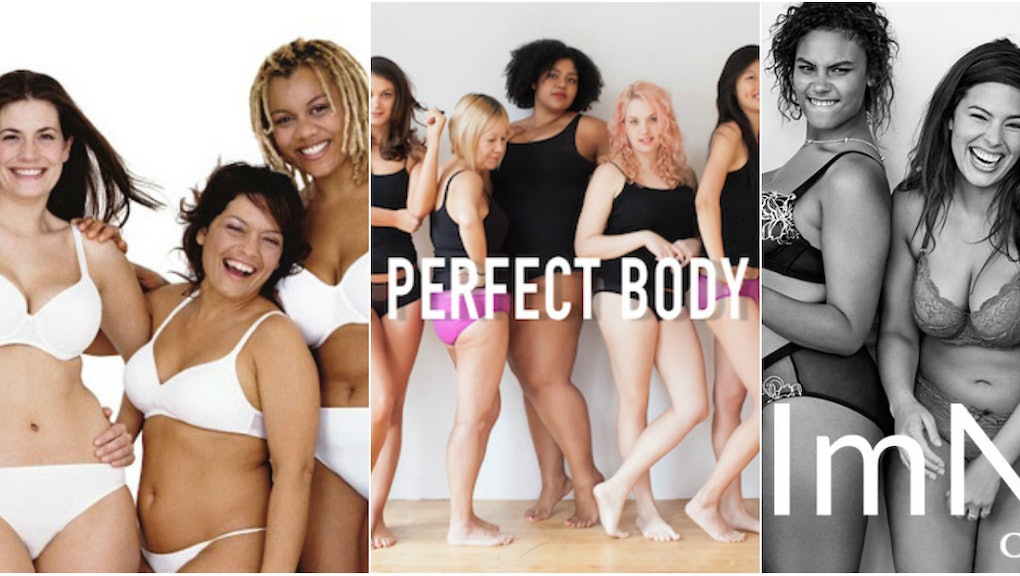 "This bitch looks like 10 packs of chewed bubblegum stuffed in a finger cot. Think that's sexy and admirable? Fine, die slowly on your own goddamned time."

Comments like the one above, which was reportedly left on a photo of size-22 model Tess Holliday, are undoubtedly harsh. But they reflect a counterpoint to culture's growing conversation about body positivity, specifically representation of "plus-size" bodies. For every few ads that promote curvier women, there tend to be a few responses that argue that "promoting obesity" or encouraging unhealthy habits is dangerous.

Is that true? And if so, what's the solution? A new study entitled "The (Ironic) Dove Effect: Usage of Acceptance Cues for Larger Body Types Increases Unhealthy Behaviors," found that using models with larger bodies can, in fact, have an adverse effect. In five experiments, each with female subjects, "cues suggesting the acceptance of larger body types resulted in greater intended or actual consumption of food and a reduced motivation to engage in a healthier lifestyle," the study states.

But stigmatizing larger bodies isn't helpful for viewers either. In fact, the researchers find, there is damage to be had from any advertising that focuses explicitly on body size — skinny or fat, positive or negative — by "increasing the amount of thought consumers put into their appearance and heightening body anxiety."

One experiment involved showing participants three ads for a fake clothing store, each one featuring the same overweight model but with different taglines: "For Normal Women, "For Plus Size Women" or "For Women." Viewing the "For Normal Women" ad, which signaled acceptance of larger bodies, "increased people's tendency to choose less healthy food items and decreased their motivation to be in better shape," the researchers found.

A fixation on body sizes, big and small: The finding that acceptance of larger bodies, a la Dove's Real Beauty campaign (which lends the study its title), can decrease motivation to exercise or eat well may be a troubling one, particularly among body-positivity advocates.

But one of the other crucial findings, the researchers said, is the damage that any body-conscious advertising can have.

"It is very important for us to emphasize that our work is in no way saying that ads that shame larger body types or promote overly thin/unrealistic body types should be used, as they can also have negative effects on consumers, " Professor Pei-Shiuan Lin told Mic, something that's been documented in past studies.

"It may be a bad idea for marketers to make people's body sizes/types the main focus in their communications."

Instead of emphasizing acceptance or stigmatizing, Lin said, the best choice for advertisers may be to de-emphasize body size entirely.

"It may not be a good idea for them to put a value judgment on 'any' body type (i.e., stating a body type as 'good,' 'bad,' 'acceptable,' 'unacceptable,' 'real,' 'normal,' etc)," Lin said. "It may also be a bad idea for marketers to make people's body sizes/types the main focus in their communications, as bringing these issues to 'top of mind' could have negative implications."

That may not be where body positivity as a movement is right now, where promoting acceptance of bigger bodies and highlighting diverse figures is seen as the most praise-worthy move (and something Mic has praised in the past) in ads, store windows and magazine covers. But total acceptance, ultimately, means getting to a place where we don't feel the need to assert the acceptability of curvier bodies — so we can consume fashion ads and maybe think about something other than our figures for a change.