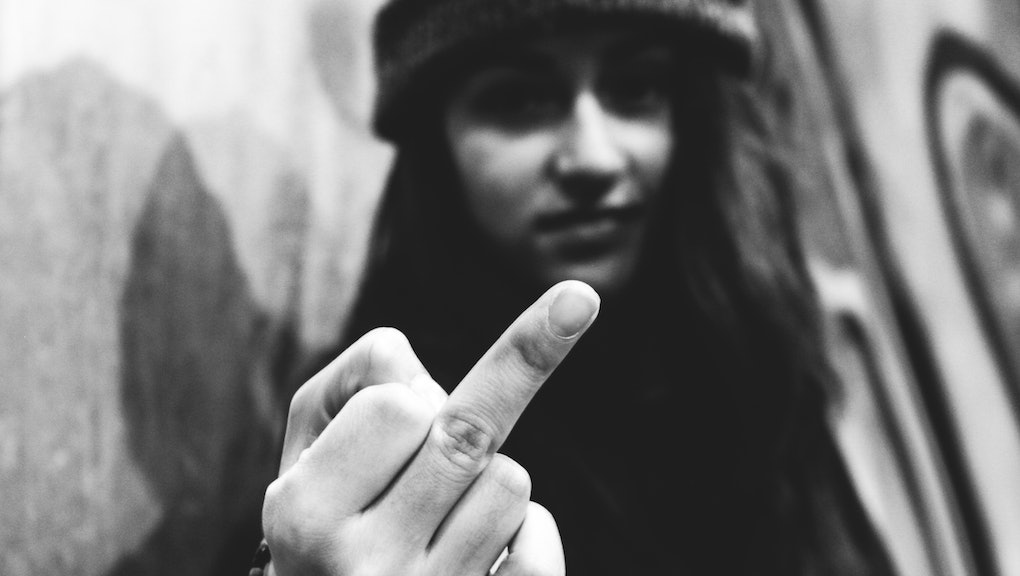 People Who Curse Have Better Fucking Vocabularies, According to Science

Has anyone ever told you that your habit of swearing like a sailor makes you sound less intelligent? The next time they say that, don't feel bad about calling them an asshole. You're probably a lot smarter than they are, anyway.

Or at least you probably have a bigger vocabulary. According to a study in the journal Language Sciences, it might be time to rethink the long-held belief that people with foul mouths have smaller lexicons. In fact, the study found, the number of f-bombs a person drops might actually be correlated with greater overall language fluency.

The study: Taking an opposite approach to the view that people who use dirty words do so because they're linguistically challenged, psychologists Kristin Jay and Timothy Jay of Marist College and the Massachusetts College of Liberal Arts hypothesized that being fluent in four-letter words might just be a sign of better language skills.

With limited variation between genders, Jay and Jay found that people who cursed more also named more animals, leading them to conclude that these people either A) were more likely to be well-versed in zoology, or B) simply had larger vocabularies.

"Unfortunately, when it comes to taboo language, it is a common assumption that people who swear frequently are lazy, do not have an adequate vocabulary, lack education or simply cannot control themselves," the researchers wrote. "The overall finding of this set of studies, that taboo fluency is positively correlated with other measures of verbal fluency, undermines the [normal] view of swearing."

What the fuck does it all mean? In light of previous studies, which have determined that having a larger vocabulary is correlated with higher overall intelligence, the findings of this study provide sweet vindication for those who are awesome at both Scrabble and cursing at motorists during rush hour. But it also offers additional scientific evidence to support the theory that cursing just isn't that bad. Researchers in the U.K. have already shown that using profanity can help people become more emotionally resilient; now we know that it might even be a sign they'll do better on the SAT.

The study also found that people who curse a lot seemed to understand the difference between what constitutes an "appropriate" curse word (i.e. your standard "shit," "fuck," ass," etc.) and an "inappropriate" one (i.e., racial slurs). Racial slurs appeared much less frequently in people's lists of swear words than "general pejoratives" like "fuck," "shit," "asshole," "damn," "motherfucker" and "hell." (The exception? Curse words that were related to sex, as historically gendered terms like "bitch" and "cunt" also appeared on the top ten list of common curse words.)

So the next time you lose your keys or get stuck in traffic or get in a fight with your S.O., don't be afraid to start letting those f-bombs fly freely. You might end up sounding more like a character in a Martin Scorsese movie than a Harvard classics professor, but who fucking cares, dammit.