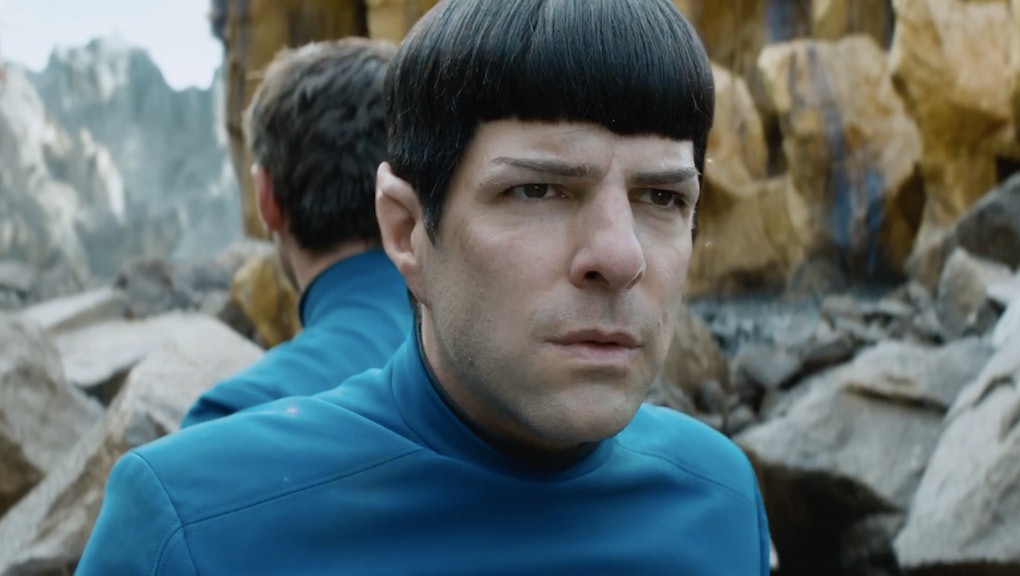 The German version of the trailer for the third and latest Star Trek reboot — Star Trek Beyond — leaked Monday morning, a few days ahead of schedule, prompting the official trailer to follow the same day, according to the Verge. Here's what we know about the Star Trek Beyond release date, cast and more.

Release date: The movie is slated for a July 22 release date. The newest Star Trek is right on schedule, since the first Star Trek reboot, which grossed $371 million worldwide, came out in 2009, and the second, Star Trek Into Darkness, came out a few years later in 2013, Forbes reported.

Director of the first two movies, J.J. Abrams, will instead be producing this time around, with The Fast & the Furious' Justin Lin now taking the directing reins. Actor Simon Pegg will be co-writing the movie with Dark Blue's Doug Jung, according to BBC America.

"I have to try to take on the spirit of the show, rather than fill it with stuff that people will just go, 'Oh, yeah that's from episode something or other,'' Pegg told Collider about writing the new movie based on the 1960s space series back in March. "It's more than that."

Plot and cast: In the trailer, the team, which is stranded, shipless and crew-less, is forced to survive on a new planet, according to Entertainment Weekly.

From the previous films, Chris Pine will return as Kirk, Zoe Saldana as Uhura, Zachary Quinto as Spock, John Cho as Sulu and Karl Urban as Bones, according to IMDb. New cast members include Idris Elba as the villain, according to BBC America, and Sofia Boutella. Original Star Trekker William Shatner is rumored to make a cameo, but no details have surfaced since the tip last year, according to CinemaBlend.

Roberto Orci of Transformers was supposed to direct Star Trek Beyond, but allegedly left in April of last year after disagreements with the script between him and the studio, Rolling Stone reported.

The trailer for Star Trek Beyond is below: