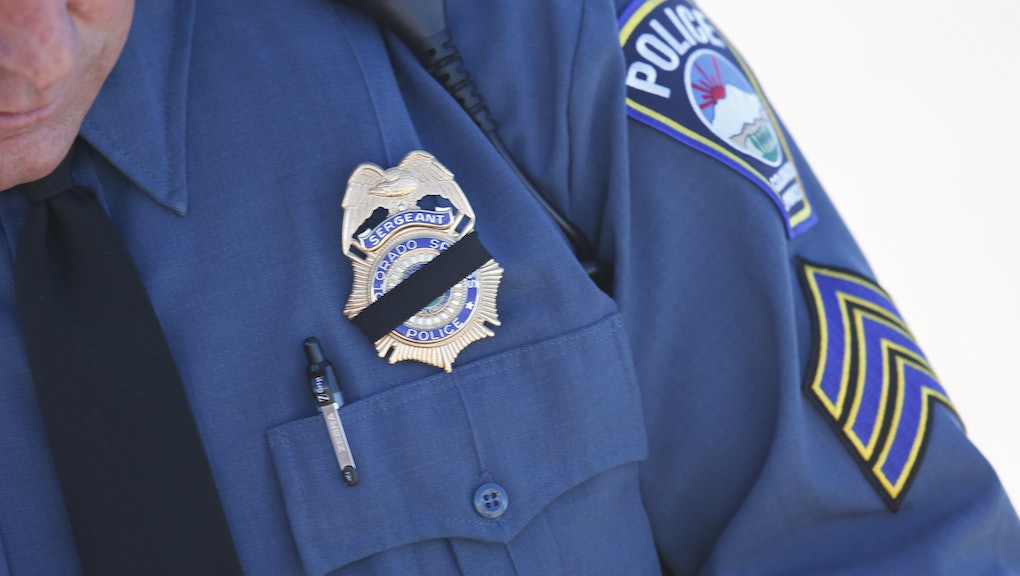 Colorado About to Require All Police Officers to Undergo Psychological Evaluations

Colorado ruled Monday that police officers in the state be required to undergo full psychological evaluations. The checks would occur before an officer is hired, and every time an officer changes jobs or jurisdictions in the state thereafter, the Denver Post reported.

According to the Post, state law already requires psychological evaluations but such checks are rarely carried out in practice. The new rules were affirmed during a meeting of the Colorado Peace Officer Standards and Training Board.

The loose protocols have largely benefited problem officers who can shuffle between departments when they have committed violations. In many cases, they end up in more impoverished rural areas which typically have difficulty finding qualified candidates.

"What the public is concerned about is that police departments don't pass off someone that is a problem in one department to another department," Grand Junction, Colorado police chief and POST vice chairman, John S. Camper, told Mic. Camper disputed the Post's claim that the primary screenings were not being enforced. "I haven't heard of that," he said. "I can tell you in the departments I've been in ... we do psych tests on everyone."

The problem of under-qualified officers being given the power of deadly force has had consequences far beyond the state of Colorado. Earlier this year, Robert Bates, a septuagenarian and an Oklahoma Sheriff's deputy, shot and killed a fleeing suspect. Bates, who was not a career officer, reportedly fired his weapon by mistake when he intended to reach for his Taser. It is unclear whether Bates submitted to a psychological exam before being given a weapon. The Oklahoma Sheriff's deputy program, however, came under considerable scrutiny for lax security protocols after the incident.

The call for stricter mental health inspection comes as instances of police brutality have been documented with increasing regularity across the country. Videos like those of the shooting of Chicago teenager Laquan McDonald and the 50-year-old Walter Scott in South Carolina show officers gunning down suspects as they moved away from them.

While the new Colorado regulation won't be codified in state law, failure to adhere to the tightened policy could come with severe consequences. Said Camper, "If a person doesn't comply with this, then they've got the potential to not be allowed to be certified as a police officer."