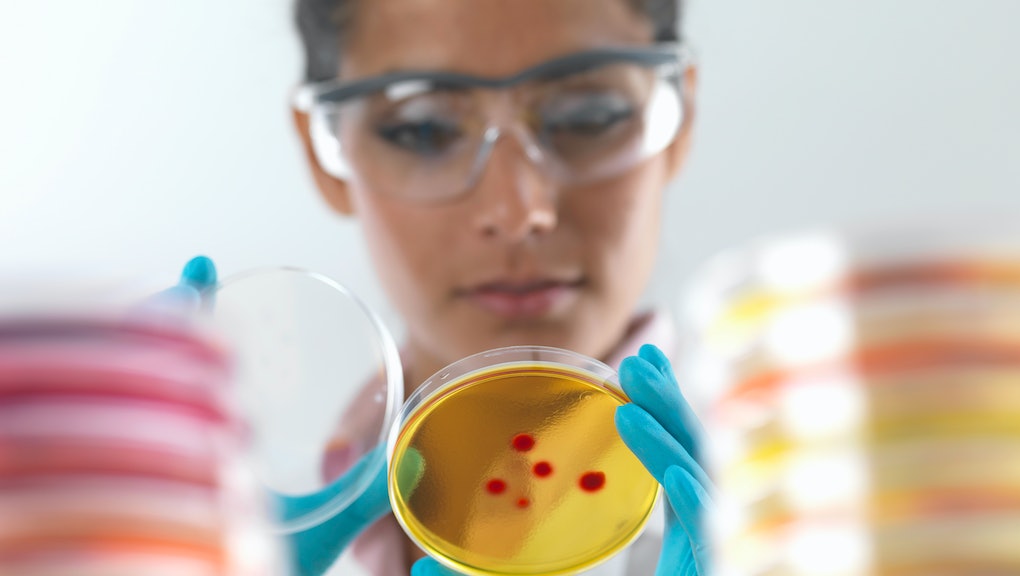 Doctors can't always be sure how the bodies of patients with life-threatening diseases will react to different drugs. Some people turn out to have drug-resistant illnesses, while others suffer unexpected side effects from their medication.

But what if you could know exactly how any drug would affect your body before you even took it?

The future of personalized medicine could lie in the emerging science of "organoids" — tiny balls of cells that mimic patients' organs, grown outside their bodies in a lab. The organoids, made from patients' own cells, could offer a new avenue for determining which drugs will best respond to a patient's individual physiology.

That exciting possibility is what drives Sylke Hoehnel and Nathalie Brandenberg, founders of SUN Bioscience, a Swiss startup that produces organoids and the technology required to support them. When they imagine the future of medicine, they see doctors developing treatment plans based not just on a person's genetic background, but on organoid tests too.

Suppose you get diagnosed with cancer. "We can take a biopsy and start growing miniature organs in parallel to you being in the hospital — testing different drugs and combinations, and seeing, with cultures, how your cells would respond, whether it would kill the cancer and keep good cells intact," Hoehnel told Mic.

And when it comes to rare diseases, "there are a bunch where there are 20 drugs out, and in the end, they don't really know why some work and why some don't work for some patients," Brandenberg said.

"If you can test an in vitro model first and have information on how the cells respond, it changes the game."

A global effort: We're still decades and many FDA trials away from Hoehnel and Brandenberg's organoid vision becoming a reality. But in the meantime, other medical experts are making exciting headway too.

Scientists in Japan are credited with growing the first organoid in 2008, when they used embryonic stem cells from mice and humans to form "layered balls reminiscent of a cerebral cortex," according to Nature. And in 2011, at the Institute of Molecular Biotechnology in Vienna, scientist Madeline Lancaster somewhat accidentally grew an embryonic brain from embryonic stem cells.

Earlier this year, scientists at Ohio State University reportedly created a brain organoid from adult human skin cells. Equivalent to the brain of a 5-week-old fetus, the tiny organoid was the most complete human-brain model in history, according to Rene Anand, the Ohio State professor who developed it.

"It not only looks like the developing brain, its diverse cell types express nearly all genes like a brain," Anand said, according to the university. "We've struggled for a long time trying to solve complex brain disease problems that cause tremendous pain and suffering. The power of this brain model bodes very well for human health because it gives us better and more relevant options to test and develop therapeutics other than rodents."

The organoid could aid in the testing of experimental drugs, the article explained. It could also help neuroscientists learn more about diseases such as autism and Alzheimer's. Researchers could explore, for instance, whether the diseases come from genetics, a person's environment or a combination of both.

"Genomic science infers there are up to 600 genes that give rise to autism, but we are stuck there," Anand said. "Mathematical correlations and statistical methods are insufficient to in themselves identify causation. You need an experimental system — you need a human brain."

At the moment, the application of organoids in personalized medicine is far from commonplace. "It sounds a bit sci-fi," as Brandenberg put it. It could be 10 to 20 years, the SUN Bioscience founders said, before they're able to provide their service in hospitals.

For now, the duo spends a lot of time in the lab, experimenting with human-derived samples from a hospital in Lausanne. They've been focusing, mainly, on growing intestinal organoids they refer to as "mini guts."

They're also trying to implement their technology in the field of drug development — specifically, by partnering with pharmaceutical companies looking for new, better ways to make medicine. That's one of their ambitions for a year from now — finding their first business partner in the pharmaceutical industry.

"That would be our greatest goal," Hoehnel said. It'll be tough, though — "it's a big step," she added, "for them to change their models."

"We'll first focus on the industry so we can get more data — what [organoids] are, how they react," Brandenberg said, "and at the same time, we'll prepare with hospitals for the future."