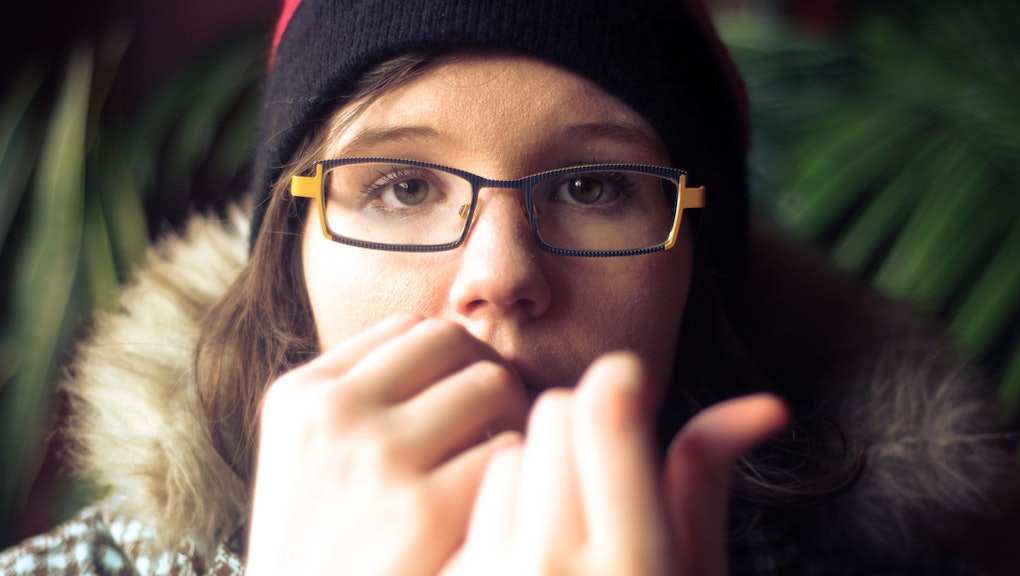 The word "anxiety" is tossed around casually. People typically use it to express day-to-day situations at work and in social settings that induce stress — but symptoms of various clinical anxiety disorders are far more debilitating than typical stress, causing depression and creeping up on its victims in what can feel like a heart attack at any given moment.

The various forms of anxiety, including but not limited to panic and obsessive compulsive disorders, are the most prevalent mental illnesses in the United States and affect 18% of adults in the U.S. alone. The American Psychological Association characterizes anxiety by "feelings of tension, worried thoughts and physical changes like increased blood pressure."

It's important to understand how to combat anxiety in order to prevent it from controlling your life. These people have all battled or studied anxiety for years share how — and how not — to deal with the intimidating disorder based on personal experience.

1. Medication alone is only a short-term fix. Psychologist and award-winning author Daniel Goleman explained why those with anxiety shouldn't rely on medication alone as treatment. "If you rely solely on medication to manage depression or anxiety," he said in an interview with Share Guide Publisher.  "For example, you have done nothing to train the mind, so that when you come off the medication, you are just as vulnerable to a relapse as though you had never taken the medication."

2. Accept the fact that your loved ones may not understand your anxiety. YouTube user KathleenLights said she has dealt with frequent panic attacks and lingering anxiety caused by trauma. She shared a piece of advice on YouTube from her psychologist that's stuck: "Nobody is going to know if your foot is broken unless you have a cast on it." In other words, people struggle to legitimize ailments that can't be physically seen.

In light of that wisdom, she advises those with anxiety not to feel pressured to explain themselves to friends and family. "They will make you feel like you're crazy," she said.

3. For the love of God, please exercise. Why? Because Lena Dunham says so — and countless studies have proven its merit as an antidote to anxiety.

Dunham has been open about struggling with panic disorder for years, and in a 2014 Instagram post, the writer and actress said exercise "has helped with my anxiety in ways I never dreamed possible" and that those struggling with any form of anxiety disorder should exercise even though it's "mad annoying."

"To those struggling with anxiety, OCD, depression," she wrote. "I know it's mad annoying when people tell you to exercise, It took me about 16 medicated years to listen. I'm glad I did. It ain't about the ass, it's about the brain."

4. Therapy may not solve everything, but it makes anxiety more manageable. That's what Captain America actor Chris Evans said. Evans has openly discussed his struggle with anxiety from being in the public eye on multiple occasions.

In a 2011 interview with the New York Times, Evans said that therapy has helped him function with anxiety. "It is really good just to talk about what you're struggling with," he told the Times. "It's not like I had any massive breakthrough, but for some reason this feels more manageable."

5. Embrace your anxiety. It sounds weird, but facing anxiety head on and embracing it is actually a common method of Cognitive Behavioral Therapy. CBT therapist Katie d'Ath, who specializes in OCD treatment, explained in a YouTube video that while suppressing anxiety works in the short-term, it increases anxiety in the long-term by preventing the body from learning how to approach anxious symptoms.

"Instead of trying to bring the anxiety down, we want people to sit with that feeling," and let it dissipate naturally on its own — which she assured will happen as the body gets used to, or habituates to the anxiety, d'Ath said in the video.