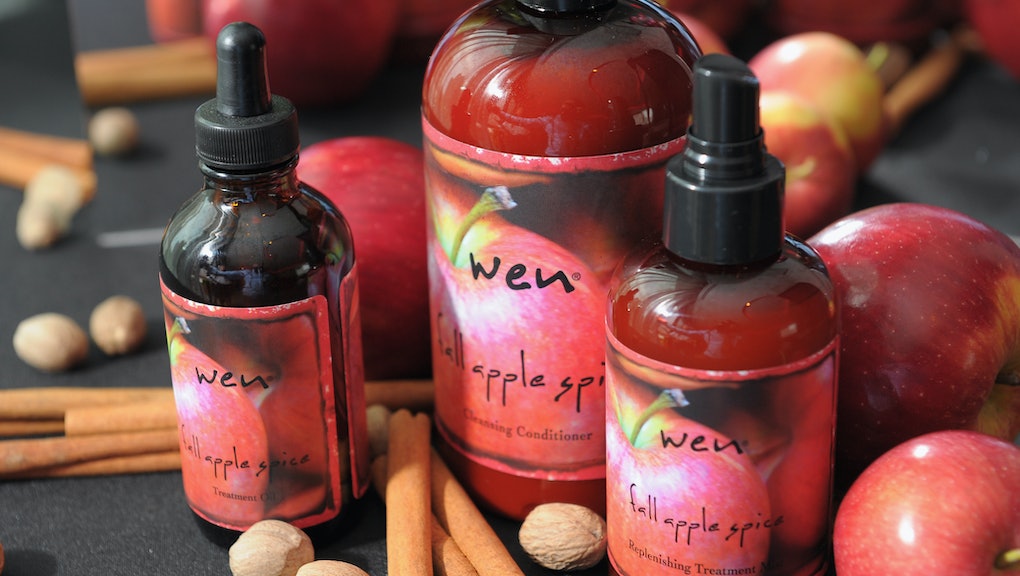 Is Wen Hair Loss Real? Here Are the Products Some Women Say Are Causing Their Hair to Fall

"I have been using WEN twice a week for 4 plus years and just recently noticed head sores on my crown and in the front crown area," wrote one customer via Consumer Affairs. "It appears to be slowing down in growth even though I take hair essential vitamins to protect my hair from early balding."

"I used Wen about four years ago and my hair was gorgeous for a few months," wrote another consumer. "Then it started coming out in clumps. I never would have thought that it was the Wen until I read all of these reviews. My hair has never regained its thickness as it was before I used Wen."

"I've been using this product for about six months," a third customer wrote on Consumer Affairs. "I'm losing a lot of hair. Hair is everywhere in my house. When I brush my hair I get handfuls of hair. I just read all the reviews here and I was shocked to find out that so many others had the same problem."

Many others posted complaints to Twitter and shared their experiences with hair loss and patches of baldness after allegedly using the product.

Yet why would some consumers who have used the product line for years only recently begun to notice hair loss? It could be because some of the product's core ingredients have changed, according to the Daily Beast.

"Because of regulations on products sold internationally, the ingredients through Guthy-Renker have had to be changed slightly," a representative for the hair line product said, according to the Daily Beast. "Chaz worked very hard to make sure that the quality and philosophy behind Wen is still upheld, and that product performance would be identical," she wrote.

Amy Davis, an attorney based in Dallas, told CBS affiliate station CBS 11 that chemists are currently running tests on Wen's line of products.

"What we understand about the product and how it causes hair loss is it contains virtually no cleanser," Davis said, speaking to CBS 11 in Dallas, the state with the most reported hair loss cases. "It's like using lotion to wash your hair, so instead of removing the product, when you rinse it off, it just becomes impacted in your hair follicle."

Speaking to the Daily Beast, Davis said the investigation was ongoing.

"The parties are attempting to settle their differences outside of court and we have agreed to refrain from any extrajudicial statements about the case in the meantime."