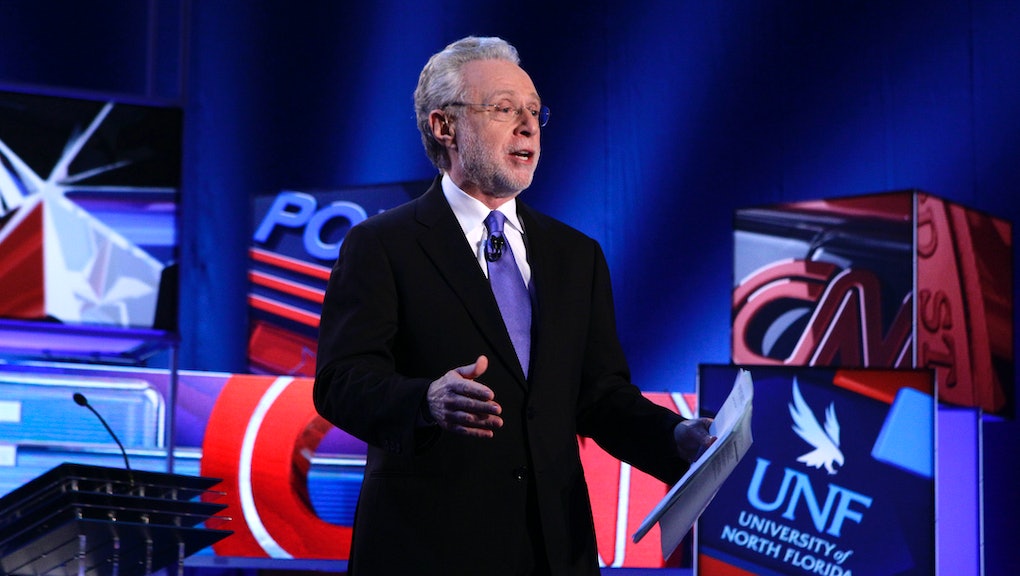 Who is Wolf Blitzer, really? Well. He is the host of CNN's The Situation Room and of Wolf, as well as the network's lead political anchor. He is the recipient of many awards and honors, and has been on a number of Emmy-winning journalistic teams. He is a two-time book author who once appeared on Celebrity Jeopardy. He will also moderate Tuesday's Republican presidential debate, which airs at 8:30 p.m. Eastern on CNN. With an eye to that occasion, here are the highlights from Blitzer's lengthy CV.

CNN career: According to his CNN bio, Blitzer has been with the network since 1990. He stands "at the helm" of its breaking news team, and hosts two shows: The Situation Room — which airs on weekday evenings and offers "in-depth reports about the political, international and breaking news stories of the day" — and Wolf, which focuses on Washington and world news.

Blitzer also reports internationally, having interviewed former Egyptian President Mohamed Morsi in Jan. 2013 and been granted access to North Korea in 2010. He reported from Israel in both 2006 and 2012, and from various locations throughout the Middle East from 2003 to 2012.

He is also an election coverage fixture for CNN, who was "lead anchor on key primary nights, caucus nights and the Emmy award-winning election night." He started as CNN's senior White House correspondent in 1992 and stayed in the role until 1999, when he became the anchor of Late Edition with Wolf Blitzer.

Early career: Blitzer got his start in 1972 with Reuters, in their Tel Aviv bureau, according to his bio. He went on to become the Jerusalem Post's Washington correspondent. Fifteen-plus years later, he made the move to CNN.

Recently, Blitzer has been criticized for his less-than-objective handling of the Baltimore's riots last April, and for his uncomfortable interview with former Rhode Island Governor and then-Democratic candidate, Lincoln Chafee — in which he pressed a previously excited Chafee to explain why he was continuing in the race — in October.

This is how he gets ready for TV moments: