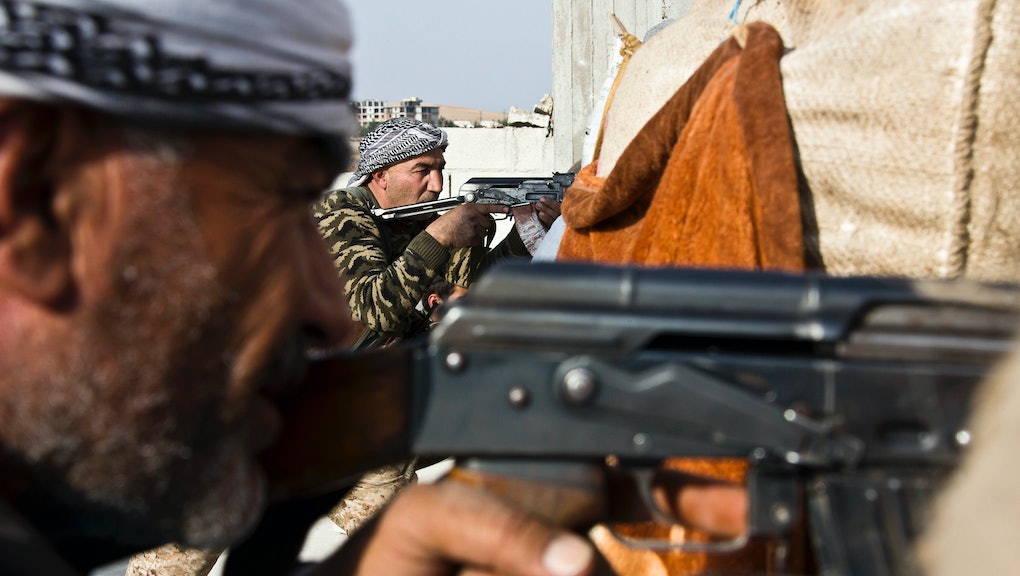 Maryland Man Took Money From ISIS to Carry Out Attacks in US, Says FBI

A Maryland man is facing questions after he received at least $8,700 from sources linked to the Islamic State in Egypt. In addition to receiving the cash to help prepare and launch terrorist attacks on U.S. soil, the man also pledged his loyalty to ISIS online, according to the Department of Justice release from Monday.

Mohamed Elshinawy was taken into custody on Friday after a 5-month FBI investigation. Elshinawy, who lived in the Baltimore suburb of Edgewood, was originally from Egypt.

Elshinawy went to great efforts to conceal his activity from investigators, saying that a portion of the overseas cash came from his mother. His story only changed once it became apparent that the FBI was aware of it's true origin.

The 30-year-old is now alleging that he had no intention of committing terrorist activity and had in fact been misleading the militant group by skimming off their funds under false pretenses.

"When confronted by the FBI, he lied in order to conceal his support for ISIL and the steps he took to provide material support to the deadly foreign terrorist organization," Assistant Attorney General for National Security John P. Carlin said in the release.

The bust comes at a time of jangled nerves over increasing concerns that terrorists are setting their sites on U.S. targets. ISIS claimed responsibility for the Nov. 13 attacks in Paris, and the San Bernardino killers are believed to have pledged their allegiance to the group. Around the country, dozens of ISIS and would-be ISIS operatives have been apprehended, like three men in Brooklyn and one Sunday school teacher in rural Washington State. In some cases, the people had been radicalized with the help of ISIS' vast social media operation.

Such concerns about terrorism have reshaped the American landscape, with an increasing number of Muslims now reporting a growing sense of suspicion and Islamophobia. "I feel like the past two months have probably been the hardest of my life," Hebh Jamal a 15-year-old Muslim resident of the Bronx told the New York Times. The recent violence has also spurred dangerous words from Republican presidential frontrunner Donald Trump who has called for databases to track Muslims, citing Franklin Roosevelt's widely-denounced internment of Japanese-American citizens after Pearl Harbor. Trump has also called for a ban on all future travel by Muslims to the United States. Despite widespread condemnation for the ideas, polls have shown his popularity growing with each new controversy, posting numbers as high as 41%.

For Elshinawy, time will tell whether he was in fact an ISIS agent or a Bond-like double-crosser, but his story is just another reason to believe that the future fight against terrorism might not be on battlefields overseas, but in our own backyard.