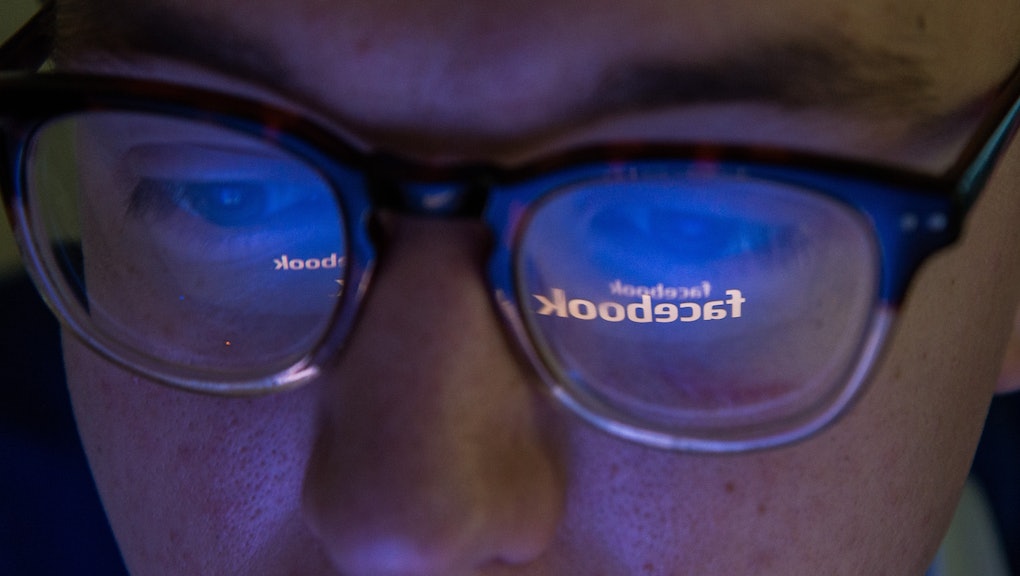 Why Breaking Up With Facebook Is So Damn Hard

Breaking up is hard to do — and it's even harder when it's with Facebook.

Whether or not you believe technology addiction is a real thing, quitting various kinds of technology, particularly social media platforms like Facebook, can be tough. Now, researchers from Cornell University have studied the reasons behind our failure to give them up, and they've pinpointed four reasons why it's so difficult.

The study: The researchers examined the results of a recent project called 99 Days of Freedom, which was created by Dutch advertising firm Just. It asked participants to quit Facebook for 99 days and fill out "happiness surveys" at the 33-, 66- and 99-day marks. The survey questions didn't come directly from the researchers, but they note in the paper that they were consulted during its creation.

The survey included queries about participants' motivations for engaging in the challenge, how difficult it was to stay off Facebook, what their mood was like during the course of the campaign, how often they checked Facebook before the challenge and the adjectives they used to describe their experiences with the social giant.

The results: After parsing through the responses — which included 3,539 at the 33-day mark, 1,266 at the 66-day mark and 440 at the 99-day mark — the researchers narrowed down their results to four primary reasons for reversion.

What it means: If you felt like you were going through Facebook withdrawal, you were much more likely to fall back down the hole.

"Addiction-associated feelings (withdrawal, sudden urges, limited self-control, etc.) predicted increased likelihood of reversion," the researchers wrote. They noted, however, that they were not qualified to diagnose whether these particular participants were actually addicted, but simply that the self-reported experiences were consistent with symptoms of addiction.

"This finding also confirms prior accounts of nonuse as an attempt to break perceived addiction to or habitual use of social media," they said.

What it means: How you view people outside of Facebook, include potential surveillants and other users, influences how likely you are to use it again.

Those who associated Facebook with negative adjectives — such as "watched," "monitored" and "suspicious" — were less likely to revert back during the challenge.

Those who were very aware of being watched by other users — participants who used words like "on-stage" and "self-conscious" — were more likely to go back on. On the contrary, those who didn't give a damn what others thought of them and thus didn't care whether or not people noticed whether they were gone during the 99 days were less likely to revert.

What it means: Participants that reported having more positive moods were less likely to fall back into the Facebook hole. On the other hand, participants who reported more negative moods had a greater likelihood of reversion.

"Other social media use"

What it means: Using other platforms may help you stay off Facebook, but only if you avoid specific topics.

"The use of other social media plays an important, though complex, role," the researchers concluded. Participants who increased their presence on other social media channels were less likely to go back to Facebook, but as soon as they included things like "personal reflection, renegotiation and achievement of a more 'authentic' self" in their posts, they tended to lapse back to Facebook.