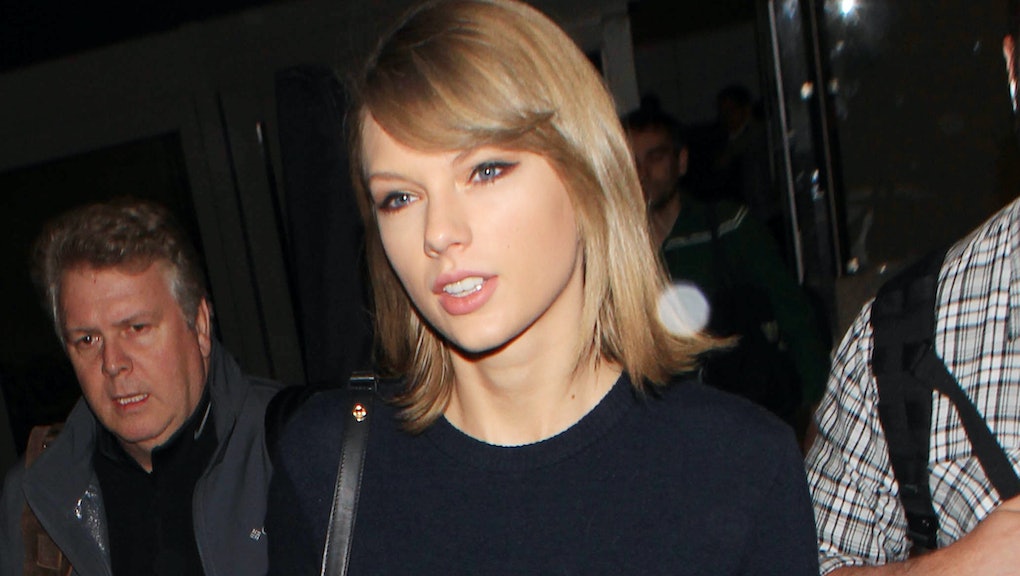 Taylor Swift Just Met Her Doppelganger and the Resemblance Is Uncanny

Taylor Swift is close enough to taking over the world on her own — and with the help of her newfound clone, the possibilities are endless.

During her 1989 concert in Melbourne on Friday, 26-year-old Swift met Australian fan and doppelgänger Olivia Sturgiss. After getting a haircut to closer resemble the platinum artist, the Daily Mail Australia reports Sturgiss, 19, bears a freaky resemblance to Swift and often gets mistaken for her on the street. The two took a picture together in the classic girl power Charlie's Angels pose along with the look alike's bestie.

Sturgiss' friend posted it to Instagram with the caption "my two main babes," because it's too epic not to be shared on social media.

The Twitter hashtag #noitsliv honors the resemblance and features pictures of Swift fans with Sturgiss as if they've encountered the real thing.

Sturgiss' friend told Daily Mail that Swift had taken notice of her twin on Tumblr and connected with Sturgiss on the blogging platform after finding out her mother passed away in October. As for the freaky resemblance, Sturgiss claimed it's mostly au naturel. "I got my hair cut consciously like hers, but everything else is just sort of coincidental," Sturgiss told Daily Mail. "The clothing and stuff — we've actually got pretty similar taste. I don't really consciously dress like her."