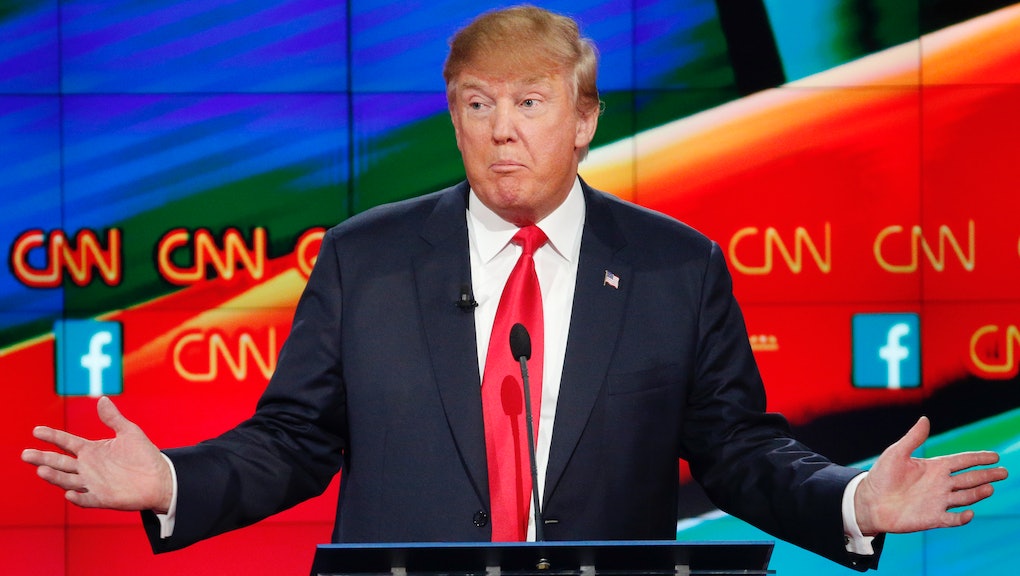 Republican presidential frontrunner Donald Trump declared during the fifth GOP primary debate Tuesday night that the fight against the Islamic State terrorist group, also known as ISIS or ISIL, may require shutting down parts of the internet.

CNN moderator Wolf Blitzer noted that Trump floated the idea earlier this month, when he told supporters in South Carolina that officials ought to speak with technology industry leaders to discuss "closing up that internet in some way" to prevent the dissemination of militant ideas.

You can watch Trump's answer below: