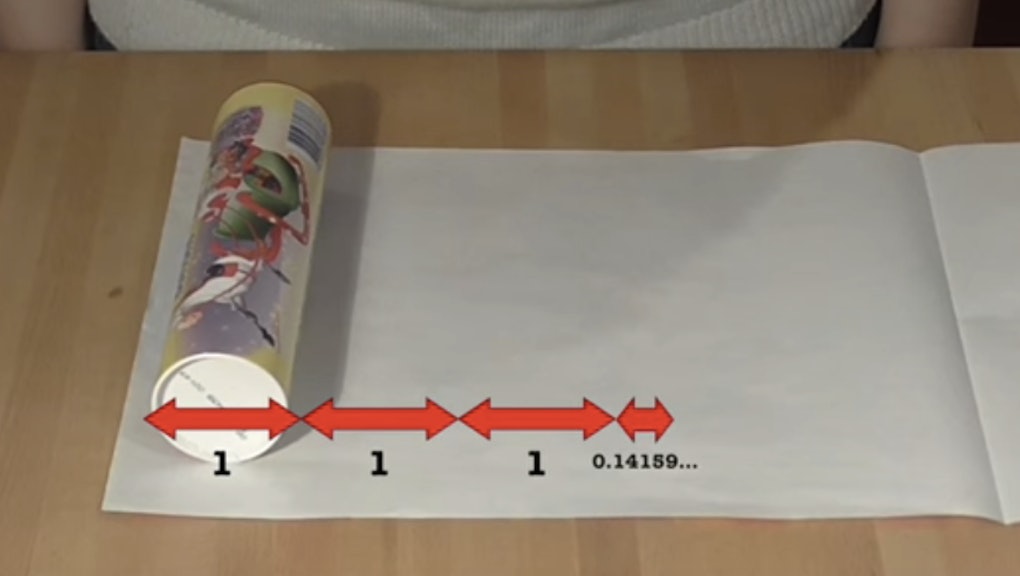 Gift wrapping is hard. Most of us are lucky if we can produce a present that looks like a sad, half-stuffed sausage, let alone a Louvre-worthy masterpiece made from ribbon and paper.

For rectangular items, she suggests bringing the paper that goes over the ends up to the middle of the box, like so:

That way, when you go to tape it all up, the ends all meet in a "fantastic cross shape."

Next up is the Toblerone, for which Steckles says to make sure the wrapping paper at the ends matches up with the tip of the end triangles:

For the cylinder, she tells viewers to measure out enough wrapping paper to cover the circumference. This is done by measuring three times the diameter plus a tiny bit of space to represent the extra amount (0.14159) in pi.

The last one, however, is probably the coolest, and it involves even more math.

It's used for flatter, square-shaped items, and it involves adding the diagonal length of the item to its height times one and a half:

In the end (after some wrangling), it looks like this:

Happy holidays, and may your gifts forever not look like sausages.

Editor's note: The reporter's father is a professor of mathematics and atmosphere ocean science at New York University. When asked in an email whether the math in Steckler's video was consistent, he answered, "Yeah, it looks legit."