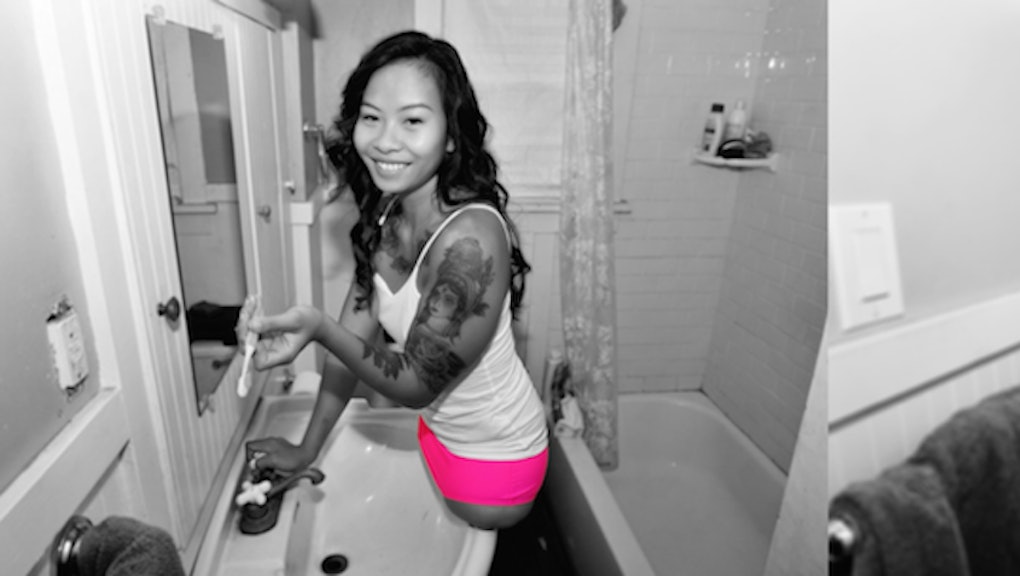 Kanya Sesser, Model With No Legs, Teams Up for New Underwear Shoot

Forget the fact that she was born without legs, because that hasn't stopped her from her pursuing her modeling career. The 23-year-old student, skateboarder and now model — whose story went viral earlier this year — has teamed up with PantyProp, a recently launched underwear company.

The photo series is called "Everyday (Un)Altered." Shot by photographer Robert Parrish, the images showcase Sesser going about casual, everyday things, like brushing her teeth or reading a book. In others, she's just relaxing.

PantyProp's underwear and briefs, which recently raised money on Kickstarter, are specially designed to hold in-place pads while keeping them discreet.

"I just want to make sure that when women wake up in the morning, they know that they're good," Crystal Etienne, founder of PantyProp, previously told Mic. "I want to give them that peace of mind."

PantyProp is just one of several lingerie companies aiming to offer security, comfort and even empowerment to regular women. That message — that women should be equipped to go forth unencumbered and empowered to do their best — certainly resonates for Sesser, whose message is all about overcoming limits at every turn.

Sesser's campaign with PantyProp is the latest in a string of video and photo gigs, including collaborations with Billabong. The athlete, who spends her time skateboarding, four-wheeling and surfing, never thought she would be a model, but enjoys it nonetheless. The lingerie photos she shot earlier this year, she told the Daily Mail, "show my strength."