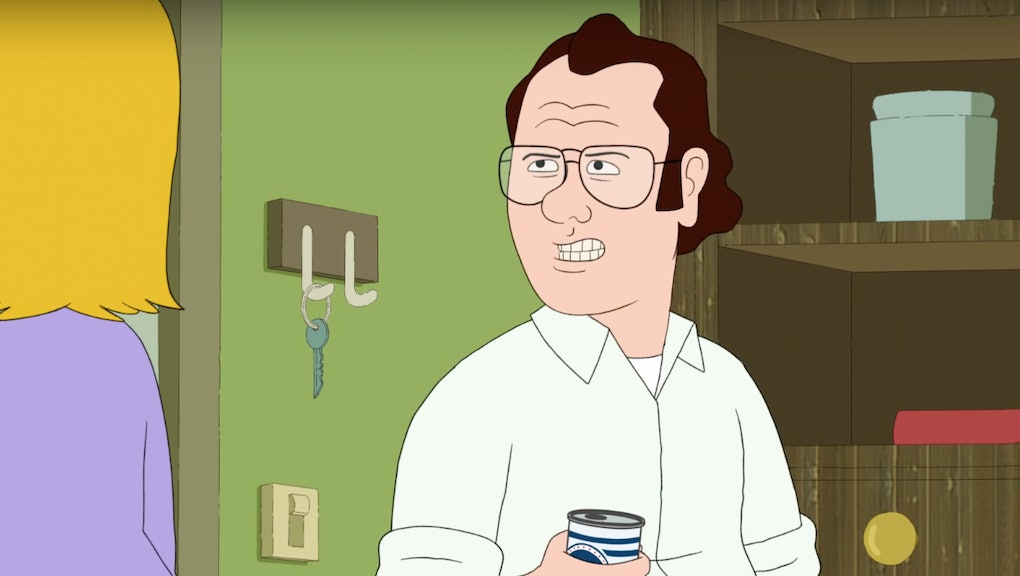 'F Is for Family' on Netflix: Release Date, Plot, Trailer and More

The six-episode adult animated series F Is for Family will be released on Netflix Dec. 18, according to the New York Times. Comedian Bill Burr created the series, basing it upon his childhood in 1973 Massachusetts. The Simpsons writer Michael Price helped write show, which is voiced by Burr, Haley Reinhart, Justin Long and Laura Dern, according to IMDb. Burr pitched the show to comedian Vince Vaughn, who is a producer, Burr told Boston Magazine.

The show follows middle-aged husband and father Frank Murphy and his family, the New York Times reported, comparing the show to King of the Hill for its no-frills cursing. For the record, his wife is equally unsatisfied.

Murphy hates his job, which is working at the baggage department at the local airport instead of being a pilot like he had hoped for. Instead, he finds solace in a cop-show called Colt Luger, the New York Times reported.

The new series isn't Netflix's only adult-oriented comedy. In 2014, BoJack Horseman, which stars Amy Seders and Will Arnett, was released. The show is also hinged on nostalgia and dark comedy, according to Vulture. It'll begin its third season next year.

Watch the trailer for F Is for Family below: