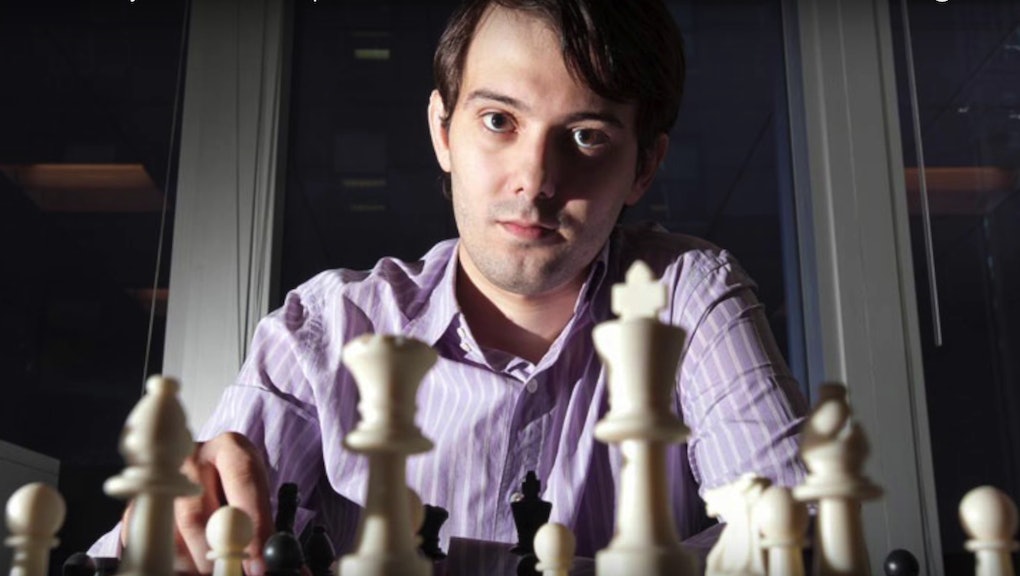 Martin Shkreli Wants to Get Into the Rap Game

Martin Shkreli is ready to pay the cost to be a boss.

The "Pharma Bro," infamous for his hiking the price of the AIDS drug Daraprim 5,000% and, more recently, for buying Wu-Tang Clan's one and only copy of Once Upon a Time in Shaolin for $2 million, is not done making waves in the rap game. According to an interview with Hip-Hop DX, he wants to try his hand at rapping himself.

"I've reached out to a few producers and a few feature artists just to test the waters," he said. "I would never put anything out unless it was just golden. I don't need to embarrass myself. I'm doing fine in pharma. I don't need another career, but I love creativity."

In Shkreli's mind, his experience as a businessman, "growing up on the edge of the hood" and experience in a high school band should gives him all the credential he needs to launch a career. "All these guys rap about is money and I have a lot to say," he said.

To hear Shkreli describe it, hip-hop fits his life "perfectly."

"It's this mix of bravado, money music, attitude," he said. "This is just me."

He cited his price gouging as an example, describing it as a form of art. "To me, what I'm doing right now in the media, raising prices, all this shit, believe what you want, but it's interesting. It gets people talking," he said. "At the end of the day, that's what art is. I don't know if I can translate the shit into rap or not, but I'll try."

Shkreli said he's "written lots of good songs before" with his high school band. However, if his own talents fail, his deep pockets will fill in any gaps.

Adding to his crew, Shkreli revealed plans to try and bail out rapper Bobby Shmurda, currently in jail for first-degree conspiracy, criminal possession of a firearm and reckless endangerment. Shkreli also cursed out RZA for the comments he sent to Bloomberg Business about a story that revealed Shkreli as the legendary Wu-Tang album's buyer.

"If I hand you $2 million, fucking show me some respect," he said. "At least have the decency to say nothing or 'no comment.' The guy says '[The sale of Once Upon a Time in Shaolin was agreed upon in May, well] before his business practices came to light.' What the fuck does that mean? I fucking make money. That's what I do. That's why I can fucking afford a fucking $2 million album. What do you think I do, make cookies? No, motherfucker. I sell drugs."

"I'm not going to play it for no reason," Shkreli said of the album. "If Taylor Swift wants to come over and suck my dick, I'll play it for her."