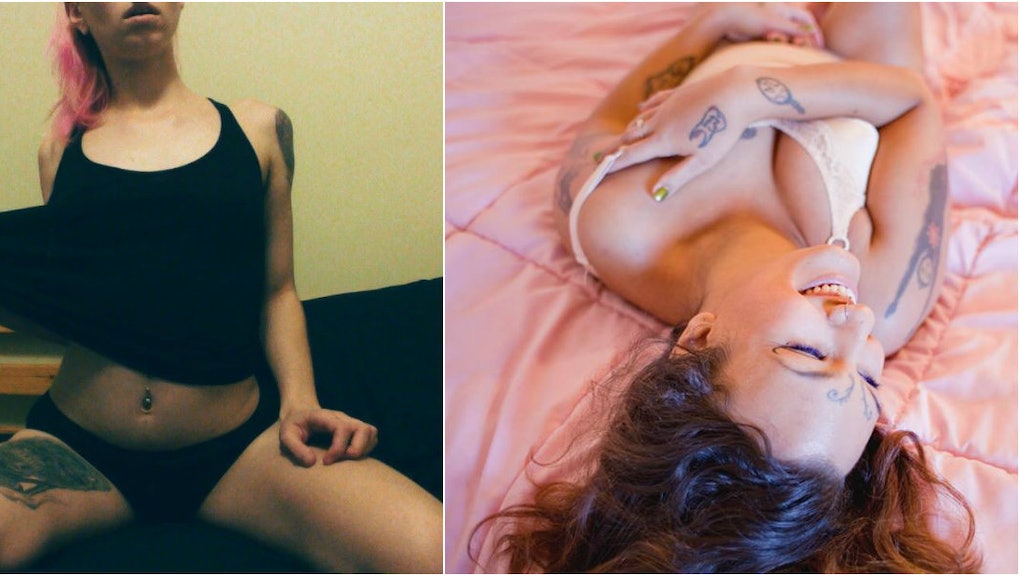 Autumn, who identifies with the pronouns "they" and "them," has an array of conditions believed to be stemming from Ehlers-Danlos Syndrome, an inherited disorder that affects the body's connective tissue. They are in an industry that isn't typically thought of as particularly welcoming of disabled bodies, but they are not alone. In an effort to change how society feels about sex and disability, sex workers like Autumn are becoming increasingly visible — and they're vocal about their desire for more representation.

"Having a disability and being on disability support, it's nice to still have a job that I can do as I want. I can save up spoons, as they say," adult performer Mara Dyne, who has fibromyalgia and chronic pain, told Mic. "It's all right if I can't do anything the next day because it's not an everyday job. Being able to work my own hours, there are quite a few disabled people that I know that do sex work of some variety, particularly because of these freeing schedules."

"I saw queer, trans, disabled bodies of all types being celebrated."

Seal said that fetishization of their disability is not only simply part of the job, but something they are OK with — when they're on-camera, at least.

"Personally I don't have any problem fetishizing my body. I really don't. Particularly as a job. I think that, like, feet are fetishized, so why shouldn't a certain kind of feet be fetishized?" Seal told Mic. That changes, however, off the set: "When I am personally interacting with somebody, I know if they are fetishizing me, and I know if I can handle it or not. And if I can handle it, it's usually because I'm getting paid."

Seal suggested that as a society, we can all do better by talking about and treating people living with disabilities as full-fledged, sexualized adults, rather than as children.

"I think people without disabilities and the able-bodied community have not been given an opportunity to see disabilities as sexy. So by not seeing that they simply don't equate sex with disability. It needs to be put in their face in the nicest possible way for them to consider it as sexy," said Morrison-Gurza.