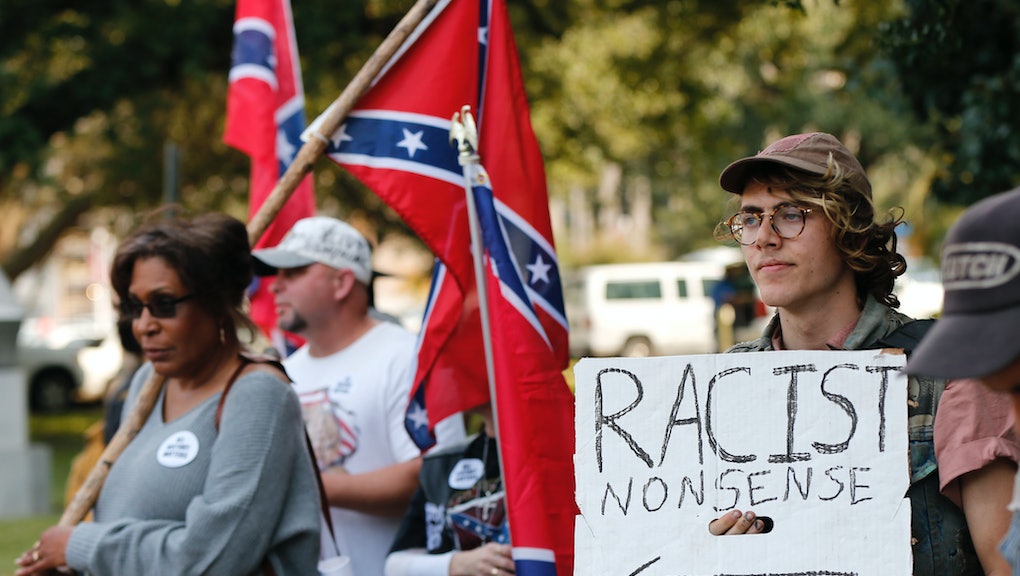 If the South rises again, it will have to be without its Dixie monuments.

The ordinance was originally proposed by the city's mayor, Mitch Landrieu, in July. Landrieu asked city council to deem the monuments public "nuisances" and remove them, but the public remained divided.

Citizens gathered at City Hall on Dec. 10 for an intense and zealous debate, with opponents of the proposal passionately arguing for the preservation and protection of the monuments in question. The so-called "Confederate Veterans Lives Matter" group protested the proposed ordinance outside the hall, Confederate flags in tow.

"Gov. Jindal opposes the tearing down of these historical statues, and he has instructed his staff to look into the Heritage Act to determine the legal authority he has as governor to stop it," a spokesman for Jindal said in August, according to the Los Angeles Times.

The council's decision is the latest example of how the nation is reassessing its preservation of history, given that much of America's story is rooted in the enslavement of blacks and the oppression and slaying of Native Americans.

In the wake of the massacre at the Emanuel African Methodist Episcopal Church in Charleston, South Carolina in June, which left nine black congregants dead, the state voted to remove Confederate flags from its government buildings.

"These monuments are of people that reigned down over not just New Orleans but also the South and kept people enslaved," Latoya Lewis, a racial justice community organizer, said after the City Hall meeting, Al Jazeera reported. "We are worshiping those same ideologies. And if you look at the system in New Orleans, the system hasn't changed much."

While the power of symbols is hard to quantify, it is undeniable the country needs to free itself from the shackles of a racially inequitable history. Many hope this literal takedown will be be more than a symbolic step forward.