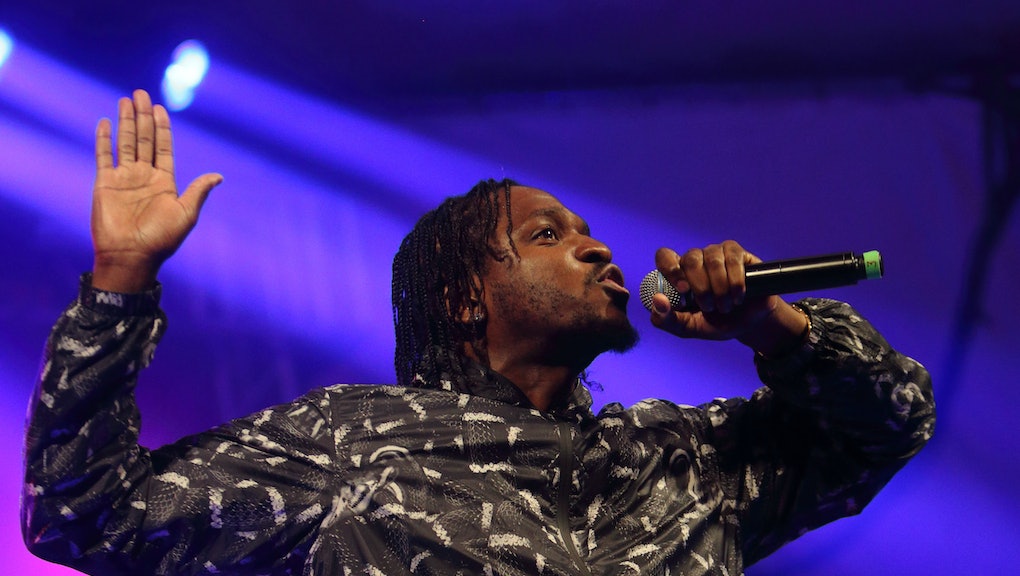 Pusha T Darkest Before Dawn Tour: Dates, Cities and How to Buy Tickets

Just ahead of the Friday release of King Push — Darkest Before Dawn: The Prelude, the prelude to his second album, "Trouble on My Mind" rapper Pusha T announced he'll be hitting cities across the United States, Canada and Europe on an upcoming Darkest Before Dawn tour to promote the album. Tickets go on sale the same day the prelude drops.

Pusha T, real name Terrence Thornton, will kick off the tour in Vancouver in March and hit 18 cities across the U.S. including Los Angeles, Nashville, Boston and Chicago. The prelude to his second album drops Friday, and the rapper told Beats 1 Radio on Dec. 8 that he plans to release his full second album King Push while on tour.

Tickets go on sale at AEGLive on Friday.

Here's the full list of tour dates and cities:

The rapper debuted his new track "Dark Sunshine" off the upcoming album on Tuesday's episode of the Daily Show. Watch the performance below: