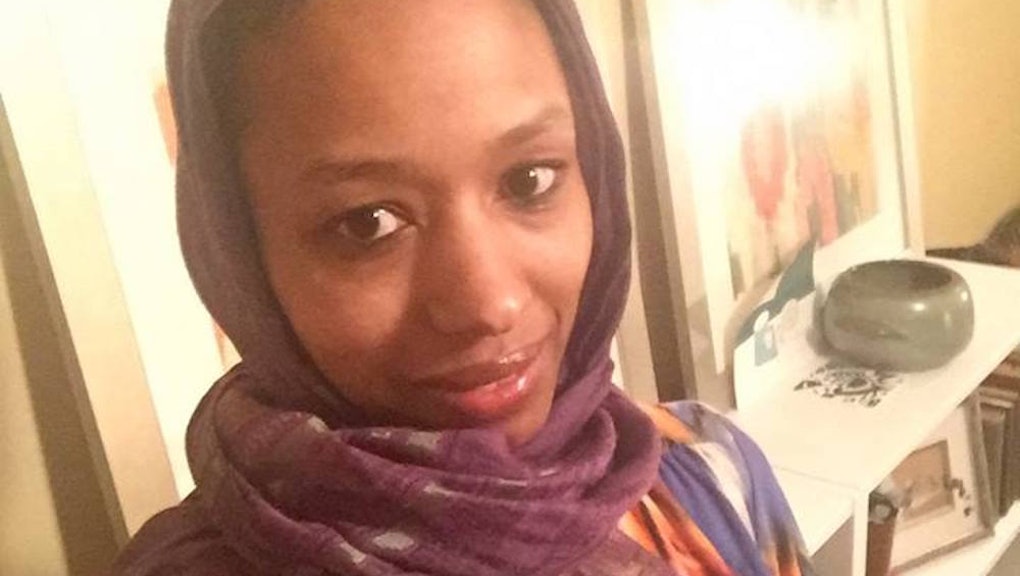 On Dec. 10, Wheaton College associate professor of political science Larycia Hawkins announced on Facebook that she would wear a hijab, or traditional headscarf worn by millions of Muslim women, every day until Christmas as part of the Christian Advent. While hundreds of friends in her own community liked the post and commented with messages of support, her employers hardly followed suit. On Tuesday, the professor was placed on administrative leave by the Christian liberal arts school, NBC News reported Wednesday.

While administrators supported Hawkins' right to wear a hijab, the views she expressed supporting that decision, specifically "that Muslims and Christians worship the same God," were interpreted as "in conflict with the College's Statement of Faith," the college wrote in a statement originally released Tuesday. College officials decided to place Hawkins on leave, therefore, to allow her "more time to explore theological implications of recent public statements concerning Christianity and Islam" and in accordance with their belief in "the freedom of religious organizations to embody their deeply held convictions," the statement added.

"While Islam and Christianity are both monotheistic, we believe there are fundamental differences between the two faiths, including what they teach about God's revelation to humanity, the nature of God, the path to salvation and the life of prayer," the college's elaborated in a statement made last Friday.

But Hawkins' views (or at least those that were publicly stated) suggest little more than support for a religious group that is increasingly marginalized and misunderstood.

"I stand in religious solidarity with Muslims because they, like me, a Christian, are people of the book," Hawkins wrote when she announced this decision on Facebook. Rather than standing in "theoretical solidarity," she added, she opted for "embodied solidarity" and vowed to "wear the hijab to work at Wheaton College, to play in Chi-town, in the airport and on the airplane to my home state that initiated one of the first anti-Sharia laws (read: unconstitutional and Islamophobic) and at church."

While Hawkins acknowledged that she consulted the Muslim organization the Council on American Islamic Relations, and was assured that as a non-Muslim wearing the hijab was not "haram (forbidden), patronizing or otherwise offensive to Muslims," some have noted the professor must still approach her choice thoughtfully.

"Wearing [the hijab] around as if to say 'I understand your struggle, I understand what you're going through and I am standing up with you' isn't something that can be accepted," Muslim journalist Amarra Ghani told Slate on Wednesday, adding, "Hawkins may be attacked, looked at differently, stopped at the airport — but at the end of it all, she will be able to leave her experiment."

Hawkins' decision is especially meaningful, however, given a seeming influx of Islamophobic rhetoric as of late. Perhaps the worst offender is presidential hopeful Donald Trump, who in November alone told MSNBC he "would certainly implement" Muslim databases to track the population in the United States and told ABC News that during the 9/11 attacks, people "were cheering on the other side of New Jersey, where you have large Arab populations."

And, unfortunately, Trump's rhetoric is only bolstered by the actions of others. Since the Paris terror attacks on Nov. 13, for example, there have been 45 occurrences of violent attacks and incidents — including threats, assaults, protests and vandalism — according to a recent ThinkProgress report.

The best response to such hateful comments and ignorant actions, Hawkins concluded, is to counter them with a committed show of support. As Hawkins — who reaffirmed her commitment to wearing the hijab on Wednesday — concluded in her original post, "Please do not fear joining this embodied narrative of actual as opposed to theoretical unity; human solidarity as opposed to mere nationalistic sentimentality."