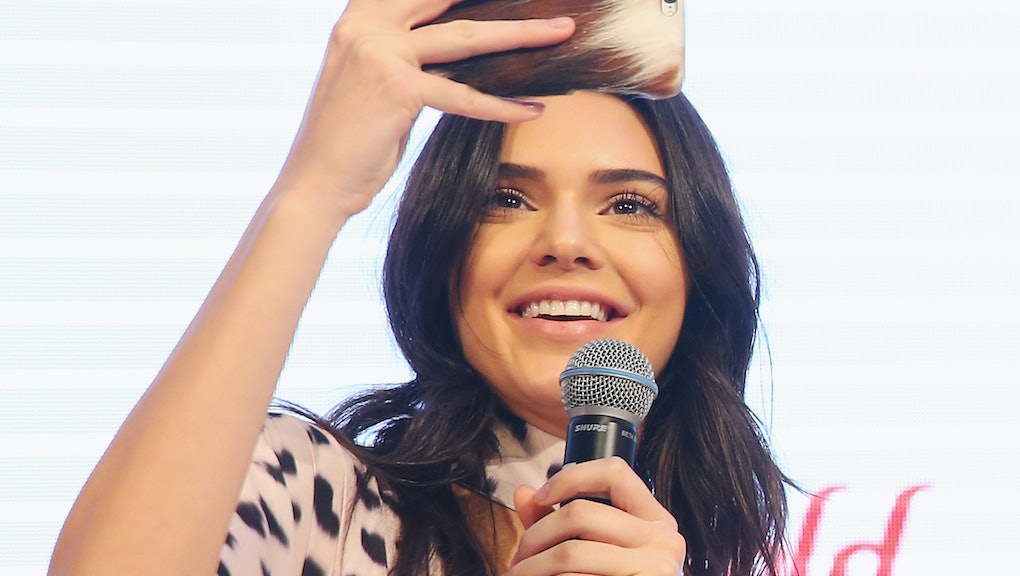 Here's How Much Kendall Jenner Makes On a Single Instagram Photo

It pays to be a social media star — quite literally. And if you're Kendall Jenner, with millions of followers across different social media platforms, you're raking in anywhere from $125,000 to $300,000 for a single post across social media.

That's according to an estimate by an industry analyst. Speaking to CR Fashion Book, Frank Spadafora, a former casting director and CEO/founder of the social analytics firm D'Marie, told the magazine Jenner ranks in the top spot and is followed by Cara Delevigne and Gigi Hadid, making them the three most valuable models in terms of social media influence.

Their estimated earnings for social posts far surpass that of more established and well-known models like Karlie Kloss, Behati Prinsloo and Miranda Kerr. Each of them can earn between $25,000 to $50,000 for a post, Spadafora said.

In June, an Instagram photo of Jenner lying on the floor with her hair shaped like little hearts became Instagram's most-liked photo ever. It got more than 2.5 million likes in five weeks, eventually garnering more than 3 million, according to Time.

Advertisers covet the powerful influence of social media so much that it often exists as its own item in contracts, CR Fashion Book reports. Companies that book models want to use their social media accounts as additional outlets for advertising, meaning models like Jenner can earn a pretty penny.

Indeed, Jenner's six-figure earnings have made her one of the top-earning models this year — period. Between 2014 and 2015, she reportedly earned $4 million, helping her nab the No. 16 spot in Forbes' Highest-Paid Models 2015, the youngest model to make the list, at age 19.

The second youngest of the Kardashian-Jenner family has only been modeling since the beginning of 2014, with her breakout role in a runway show for Marc Jacobs. It wasn't long before she started appearing in other top designer shows and landing major ad campaigns with the likes of Calvin Klein.

Most recently, she joined Hadid as two of the newest Angels on the Victoria's Secret runway — an honor the show's casting director John Pfeiffer said was "based on merit," according to Vogue, but was also likely influenced by their massive social media reach.

The right model with the right brand can rake in millions, especially when the account is "authentic" — that golden social media term. Jenner's Instagram account features a mix of selfies, inspiration photos and occasional ones like this with captions such as, "Get your holiday party look from us and @topshop. show now at Topshop.com." The photos has 1.8 million likes.

Jenner's following just keeps growing. Just six weeks ago, she celebrated getting to 40 million followers on Instagram by featuring a censored nipple-baring photo.

It currently has 1.4 million likes.