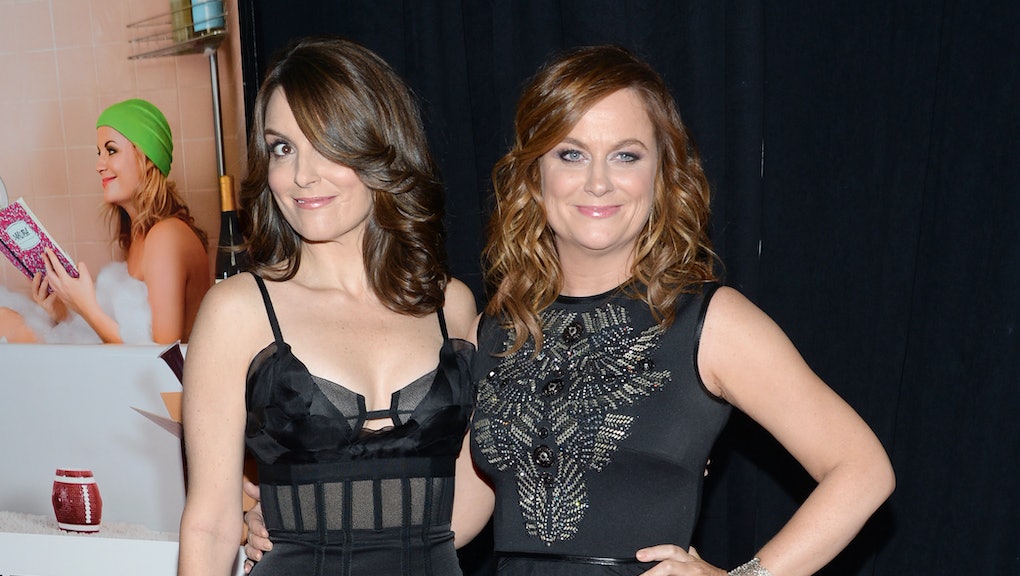 After months of watching Sisters trailers and teasers starring Tina Fey and Amy Poehler wreaking havoc together, the Friday release is tantalizingly close. Sisters has an early Rotten Tomatoes rating of 74% and 6.7 out of 10 stars on IMDb — lukewarm ratings echoed by mixed critics reviews.

The Chicago Tribune's Michael Phillips compared the film to a "far worse" version of the duo's 2008 film Baby Mama. "Seven years ago Fey and Poehler teamed for the feature film Baby Mama, which found an audience even though it was formulaic and not much," Phillips wrote in his review. "Alas, Sisters is far worse, and less." Variety's Guy Lodge, on the other hand, said the film is "pleasingly ludicrous" and that Fey and Poehler are "in smashing comic form."

The Hollywood Reporter's Frank Scheck echoed Phillips' sentiment, lamenting that such a talented duo is performing such low quality material in Sisters:

"But it's a shame that this supremely talented duo is participating in such lowest-common-denominator, puerile material. As demonstrated by the numerous 'poop' jokes or the comic set pieces involving a music box stuck up a guy's butt and a female mud wrestling match, this is a far cry from the likes of '30 Rock' and 'Parks and Recreation.'"

The Wrap's Dan Callahan said even the film's "poop" jokes" were "humane and heartfelt."

"Even the stray gross-out moments of Sisters register as humane and heartfelt; Fey and Poehler's comedy comes from a place of warmth and intelligence, and so does the movie."

Lodge agreed that while the film was "ludicrous" at times, Fey and Poehler's characters are "oddly touching."

"Even under the ludicrous circumstances, Poehler is oddly touching as a lifelong wallflower finally trying on the debauchery she denied herself in her teens; meanwhile, it's a treat to see Fey, so practiced in flustered type-A mode, hang loose as a sorely overgrown adolescent being overtaken by her own daughter."

Phillips, however, insists the humor is "cheap" and will leave viewers eager for the end credits. He added that director Jason Moore, who directed Pitch Perfect, "clobbers each scene with frantic reaction shots."

In summation, Lodge said the film's message has little to do with plot line — instead, he said it's about "people with positive, crackling comic chemistry riffing off each other, and enjoying each other's company in a target-rich environment."