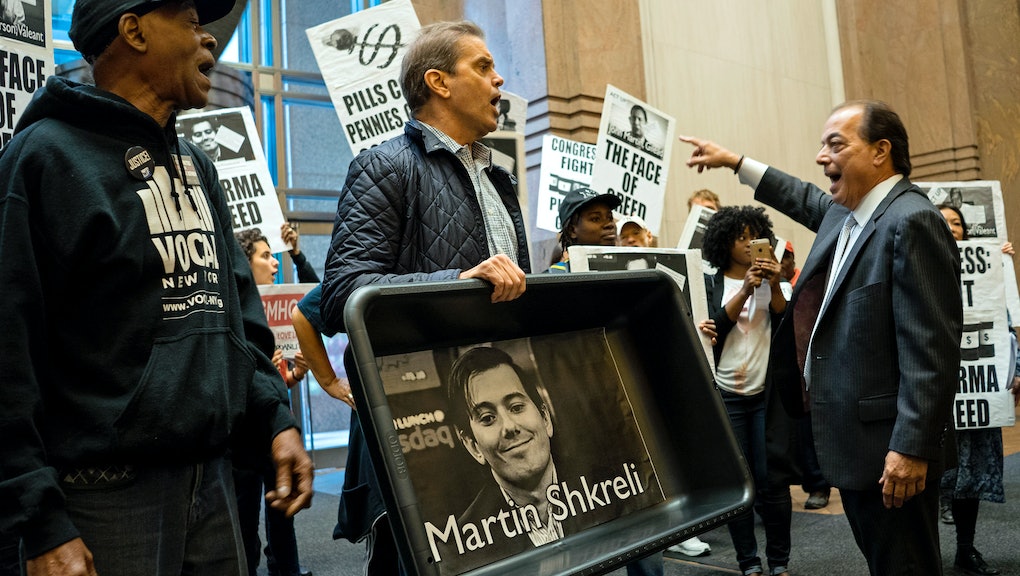 On Thursday, the FBI arrested Turing Pharmaceuticals chief Martin Shkreli for alleged securities fraud charges, a development that quickly had the Twitter universe beside itself. Reuters reported that the charges are the result of an investigation into Shkreli's actions as the CEO and founder of Retrophin Inc. from 2011 to 2014. In September, Shkreli raised the price of a drug called Daraprim, which is used to treat HIV patients, by more than 5,000%, a decision that earned Shkreli a spot an the top of the general public's "most hated" list.

Many who reacted on Twitter took Shkreli's arrest as a sign of the Universe righting the scales of justice. Comments ranged from "karma is beautiful" to "what a great day."

Others reacting on Twitter felt profound joy or were waiting with caustic lines.

The Wall Street Journal reported that the charges against Shkreli, 32, also concern his management of hedge funds at MSMB Capital Management. According to an unnamed source who spoke to the WSJ, Shkreli is facing similar charges from the Securities and Exchange Commission, in addition to the FBI-appointed arrest. According to Reuters, the indictment filed in a Brooklyn, New York court system also charged Evan L. Greebel, a partner at law firm Kaye Scholer, alongside Shkreli.