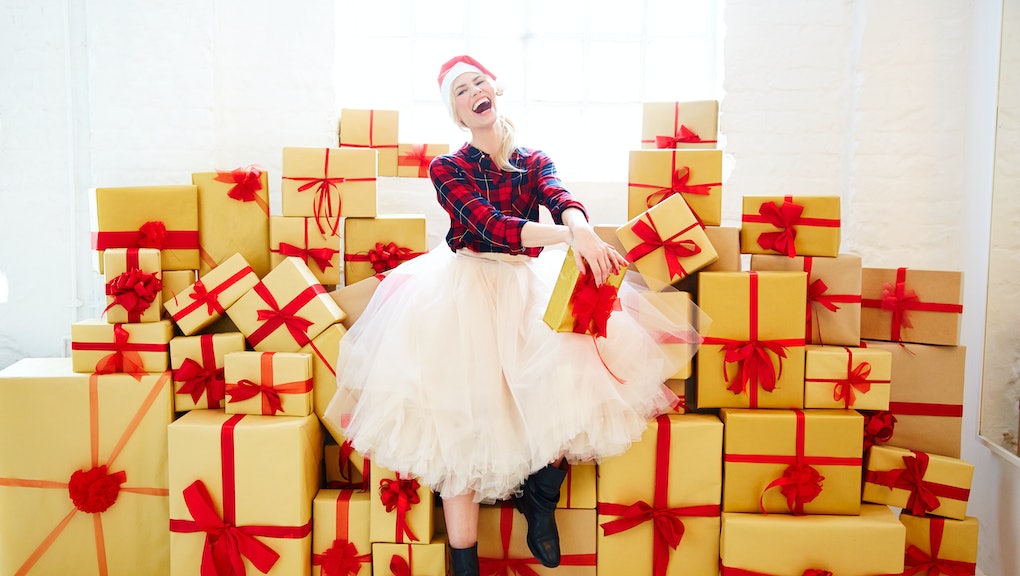 There's a special something in the air this holiday season. Many know it as the Christmas spirit, that wonderful wave of warmth, nostalgia and merriment. It seems like magic — but in fact, it comes from activity inside the parietal lobules of your brain.

Some festive scientists have found evidence of a so-called "Christmas spirit network" in the brain — cerebral areas that activate to give us those warm, fuzzy holiday feels. Those cerebral areas were found to have a "significantly higher activation" in folks with positive, long-standing Christmas traditions.

To conduct the study, published in the BMJ's Christmas issue, scientists scanned participants' brains with MRI as they viewed a series of images — some Christmas related, some not. Afterward, participants filled out a questionnaire to establish whether they have a tradition of celebrating Christmas, and if so, their attitude toward to the holiday.

While both groups experienced increased activation in the primary visual cortex, there were five areas with a significantly stronger activation in the Christmas group than in the non-Christmas group — including the parietal lobules, known to "play a determining role in self transcendence, the personality trait regarding predisposition to spirituality," according to the study.

There were no cerebral areas significantly activated exclusively in the non-Christmas group.

The researchers playfully suggested other areas of exploration when it comes to our brains' behavior around Christmastime.

"For example, responses to Christmas might change with development from a child, who primarily receives presents, to an adult, who primarily buys them," they wrote. "Subgroups subjected to receipt of tacky jumpers as their Christmas present might also have different responses in brain activity from those of subgroups who tend to receive more attractive gifts."

They even suggested their findings could be used to treat what they call "bah humbug syndrome" — a deficiency in Christmas spirit that comes after many years of celebrating the holiday. "Comparative studies of these patterns will also be imperative in studying other seasonal disturbances, related to, for example, Easter, Chanukah, or Diwali," they wrote.

The study, they said, "could therefore be an important first step in transcultural neuroscience and the associations humans have with their festive traditions."