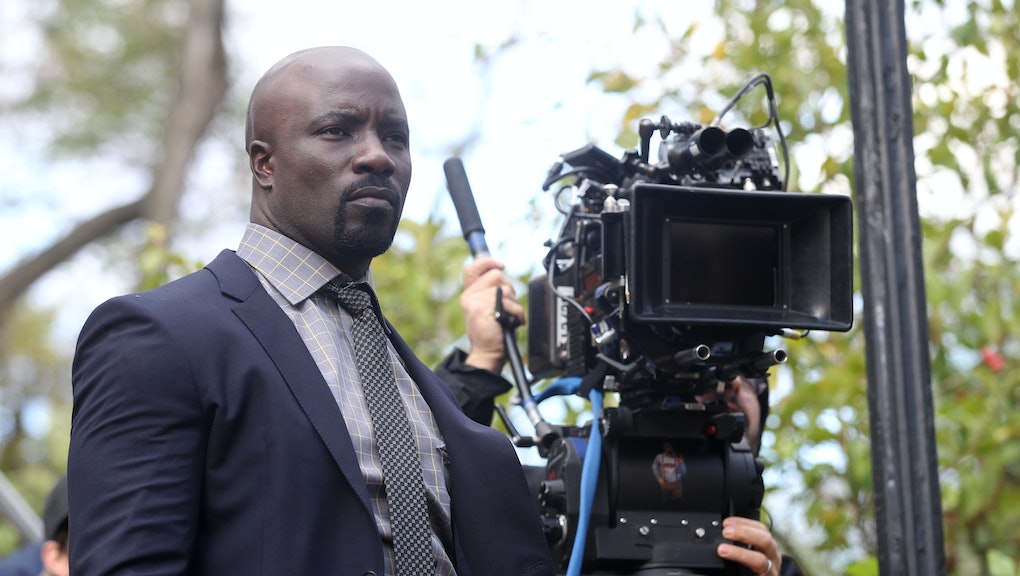 Fans of Marvel's Netflix series will soon have a new show to add to the Instawatch queue: The first season of Luke Cage, a Jessica Jones spinoff, will hit the streaming service in 2016, along with a second season of Marvel's Daredevil. And although the three shows in the Marvel family exhibit a certain amount of overlap, fans can expect something entirely new from Luke Cage.

All three series have proved popular on Netflix. Daredevil came first, and tells the story of a blind attorney who moonlights as a vigilante crimefighter in New York City. Luke Cage, meanwhile, is a character on Jessica Jones, which released in November and follows Jones's life as a superhero-turned-New-York-private-investigator. Luke Cage will also take place in the city, albeit in a different neighborhood, according to Colter.

The Luke Cage cast will include Simone Missick as detective Misty Knight, Theo Rossi as aptly named criminal Shades, Frank Whaley as NYPD investigator Rafael Scarfe, and Rosario Dawson as nurse Claire Temple. Dawson played the same role on Daredevil, which promises some interweaving of plots between the series.

Luke Cage season 1 will be available exclusively on Netflix. An exact streaming date has yet to be announced.