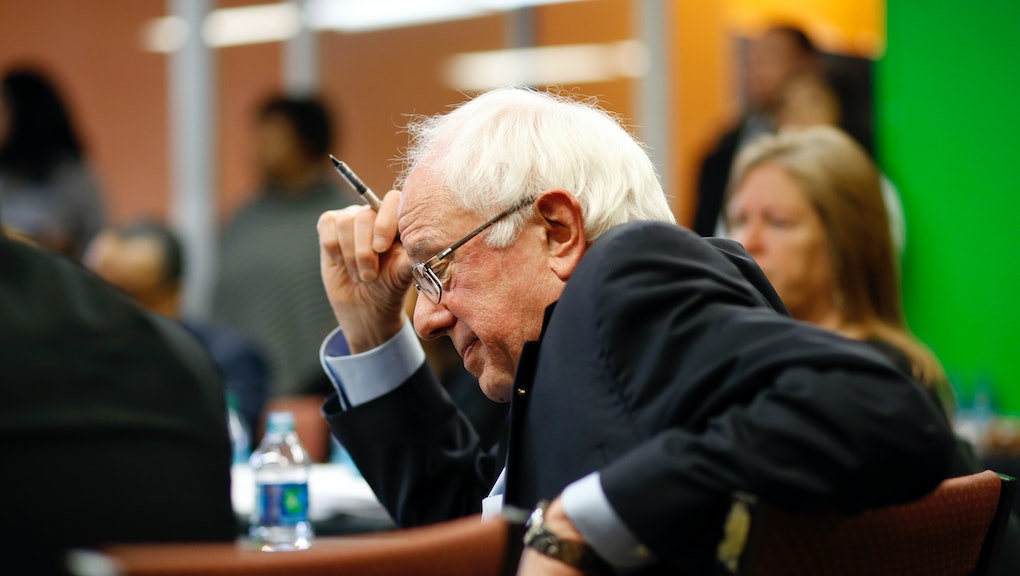 The presidential campaign of Bernie Sanders suffered a major setback after the Democratic National Committee removed the campaign's access to the DNC master list of likely Democratic voters. The penalty is in response to findings that Sanders' campaign had improperly accessed voter information from the rival campaign of Hillary Clinton.

In addition to the DNC master list of likely voters, the party also stores proprietary voter data collected by the respective Democratic campaigns. The master list is typically accessible by all, but information gathered by individual campaigns is separated by a firewall. The breach occurred when at least one Sanders campaign staff member took advantage of a technical glitch from the company that operates the firewall, NGP VAN, to view the secure Clinton files before reporting the bug to the company.

"The DNC places a high priority on maintaining the security of our system and protecting the data on it," the DNC said in a statement to the Washington Post. "We are working with our campaigns and the vendor to have full clarity on the extent of the breach, ensure that this isolated incident does not happen again and to enable our campaigns to continue engaging voters on the issues that matter most to them and their families."

Coming just weeks before the first votes of the 2016 campaign are cast in Iowa on Feb. 1, the DNC decision could leave the Sanders campaign severely hobbled. The party has ruled it will not restore access to Sanders' until it can provide a full account of its activities and prove that all improperly accessed filed have been destroyed.

In a statement provided to Mic, Sanders campaign spokesman Michael Briggs placed the blame on NGP VAN, accusing it of repeated "serious errors" and said that any impropriety from Sanders' side would not be tolerated.

"Sadly, the vendor who runs the DNC's voter file program continues to make serious errors. On more than one occasion, the vendor has dropped the firewall between the data of different Democratic campaigns," said Briggs. "Our campaign months ago alerted the DNC to the fact that campaign data was being made available to other campaigns. At that time our campaign did not run to the media, relying instead on assurances from the vendor.

"Unfortunately, yesterday, the vendor once again dropped the firewall between the campaigns for some data.  After discussion with the DNC it became clear that one of our staffers accessed some modeling data from another campaign. That behavior is unacceptable and that staffer was immediately fired. We are as interested as anyone in making sure that the software flaws are corrected since mistakes by the DNC's vendor also have made our records vulnerable. We are working with the DNC and the vendor and hope that this kind of lapse will not occur again."

Though the Sanders campaign says it has fired the staff member, multiple sources with knowledge of the incident told the New York Times that four user accounts tied to the Sanders had performed searches of the data during the period it was compromised.

Briggs' response appeared to confirm the Times account. "Our initial review found that others were doing what their boss told them to do," said Briggs. A request for additional clarification, as of this writing, has not received a response.