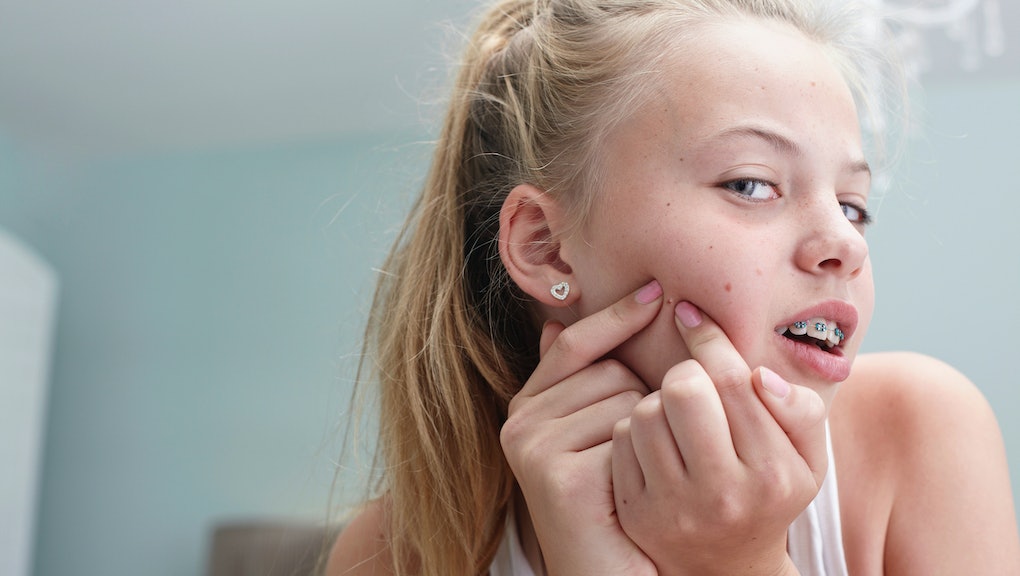 Here Are the Genes You Can Blame for Your Awkward Stage

Were your preteen years a terribly awkward vortex of braces, voice-cracking and acne medication? Now, science knows exactly which genes you can blame.

Scientists have pinpointed the group of genes that control the onset of puberty, according to a study published in Nature Communications. The gene family is called the zinc finger, or ZNF, and contains around 800 individual genes, according to an Oregon Health and Science University report.

Here's how ZNFs work: Humans and other highly evolved primates begin puberty when the hypothalamus, a region of the brain, releases pulses of gonadotropin-relasing hormone, or GnRH.

ZNFs encode certain proteins to repress those hypothalamic genes, preventing them from releasing GnRH until it's finally time to move on from childhood. The study's authors refer to this repression of puberty as a "neurobiological brake."

As they explained their findings:

"The present study provides evidence that members of the ZNF superfamily of transcriptional repressors represent an important component of the neurobiological brake that holds the GnRH pulse generator in check during juvenile development in highly evolved primates, and that, therefore, prevents the premature awakening of the pubertal process in these species."

The study's findings could help solve a big health question: why U.S. girls seem to be starting puberty at earlier ages than before.

"Deepening our understanding of how the brain controls the initiation of puberty will allow us to understand why girls are initiating puberty at much earlier ages," lead author Alejandro Lomniczi said, according to the OHSU report. "This knowledge may help build a foundation for developing new avenues to treat precocious puberty."

"Our suspicion," he continued, "is that chemical substances contained in man-made products and other environmental factors, such as nutrition, may accelerate reproductive development by epigenetically antagonizing gene repressors such as ZNFs."

For girls, early puberty — or precocious puberty, as it's known in the medical community — is characterized by the onset of puberty signs such as breast development, menstruation, body odor and growth spurts before she turns 8 years old.

There are already ways to treat precocious puberty once it sets in. Kids who experience early puberty have the option of taking long-acting GnRH agonists, Kohn said — medication that is "very effective in suppressing the pubertal progression until the appropriate age that normal puberty should be allowed to resume."

Precocious puberty could be harmful to women's health. A 2012 study found that women's risk of breast cancer increased for every year younger at menarche — or a woman's first period. In other words, the younger a girl is when she starts menstruating, the likelier she is to develop breast cancer later in life.

Precocious puberty has also been linked to ovarian and uterine cancers, as well as cardiovascular and metabolic disease, according to OHSU.

There are mental health risks too. A 2003 Finnish study of 36,549 adolescents found a link between early puberty in girls and mental health problems such as depression, anxiety, bulimia nervosa and substance abuse.

Now that we know ZNFs control puberty, let's hope we can make them work in our favor.