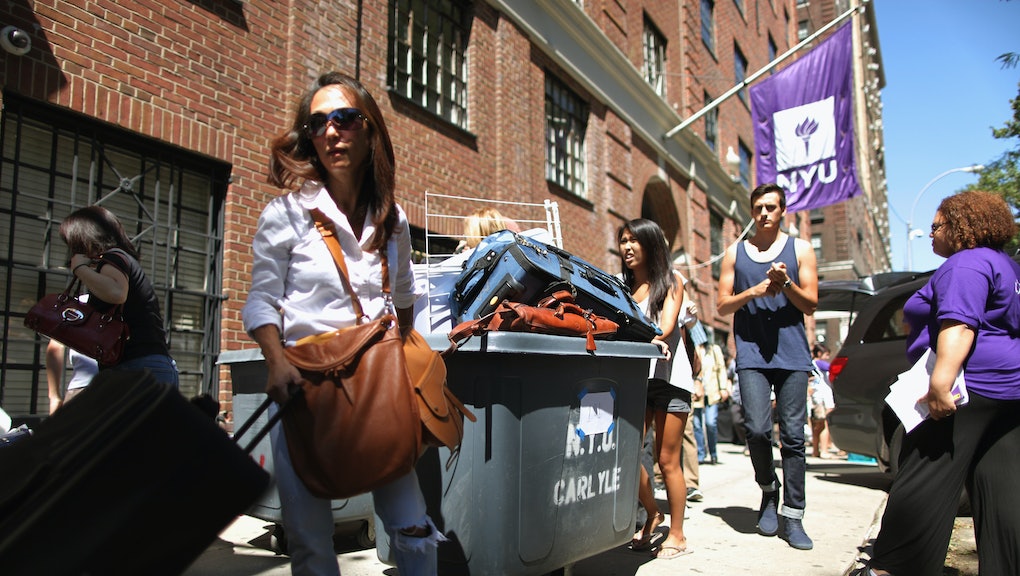 College in the U.S. can be horrendously expensive. But as one prospective student at New York University found out this week, even getting your foot in the door can be an expensive hassle.

Black cartoonist Joshua Jackson posted a missive to Twitter on Friday appearing to show an administrator at NYU's Tisch School of the Arts dismissing their request for an application fee waiver by telling them they were likely too poor to attend the school anyhow.

Jackson was applying to the Tisch School's Art & Public Policy master's program, which aims for students to "engage in an activist exploration of the relationship between art and society, and the role of the artist in civic life." The program also hopes to encourage "artists and those working in connection to art and culture, activists, scholars, and community builders, [to] examine the political implications and social significance of their work."

In other words, it's a program that claims to be socially and politically introspective.

But when Jackson emailed the school to inquire whether it was possible to waive the $65 application fee, they found out that the program was a little more exclusive than it says on the website.

Jackson says they received an email from Director of Graduate Admissions Dan Sandford not only informing them there was no way to waive the application fee, but suggesting they put off attending graduate school entirely until they could afford to pay it. Sandford also told them the program they were applying to was likely unaffordable for them.

"Please do not take this the wrong way but if $65 is a hardship for you how will you be able to pay the tuition of $60,000?" Sandford wrote. "Of course we do provide scholarships but the most we usually offer is $15,000-$20,000. This still leaves a considerable gap. Maybe you should give yourself a year off looking at ways to fund your graduate education."

Others on Twitter responded by siding with Jackson, saying the administrator's response was insensitive.

NYU is one of the most expensive private institutions of higher learning in the entire country.

An investigation in September by ProPublica found that NYU leaves many of its low-income students saddled with debt, despite the university being on the receiving end of billions of dollars in endowments.

"The school's Pell Grant recipients – students from families that make less than $30,000 a year – owe an average of $23,250 in federal loans after graduation," wrote ProPublica. NYU also only offers "modest" financial aid to students, according to the report, with poor students at Columbia paying around $8,000 a year versus well over $25,000 at NYU.

Nia Mirza, an international student from Pakistan, organized a petition earlier this year demanding NYU lower the cost of attendance after the annual price tag of attending the school suddenly rose from $64,000 to $71,000.

"I have a scholarship from NYU but that is nowhere close to what I can afford," Mirza wrote. "Personally, this increase has scared me more than having affected my ability to pay (because, even before the increase, I had already exhausted my resources and was seeking loans and human capital investors as my resources weren't sufficient) – I am scared in terms of what to expect from NYU in future if I even get a loan and attend it."

"I may not be able to afford sudden increases in tuition and fees in upcoming years because I will not have unlimited money," she continued.

More generally, minorities and the poor continue to bear disproportionate amounts of student debt, progressive think-tank Demos found in May. The price of an education in the U.S. is rising at rates well above inflation.

The school responded to Jackson Saturday with the following tweet: