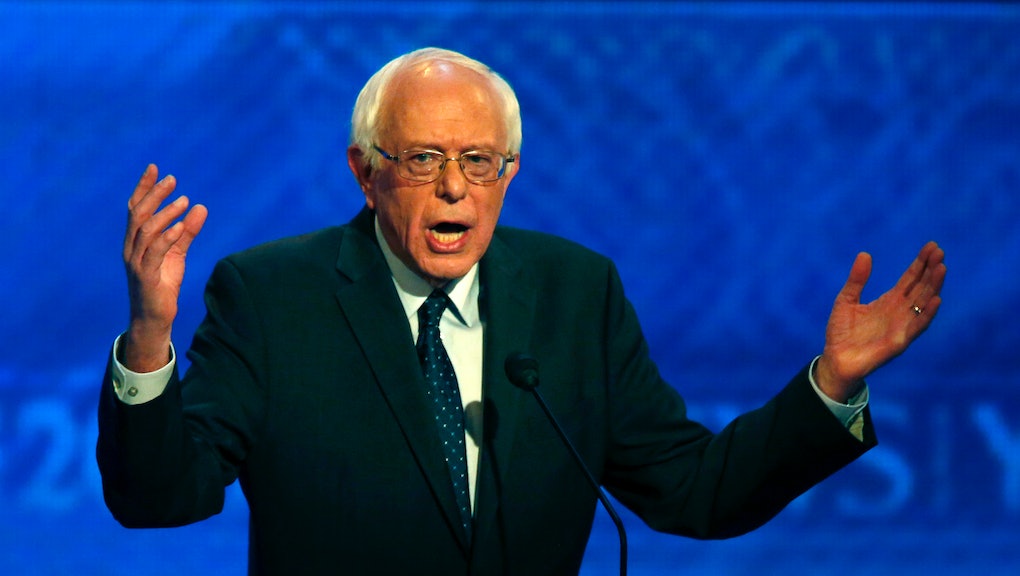 The Democratic candidates dished out jabs at GOP frontrunner Donald Trump during the the party's third presidential primary debate on Saturday, but Vermont Sen. Bernie Sanders raised a particularly interesting point about Trump's aggressive immigration policy when he said it perpetuates income inequality.

"Somebody like a Trump comes along and says 'I know the answers,'" Sanders said while addressing the anxieties of the American people, including terrorism and income inequality, during the debate. "The answer is that all of the Mexicans, they're criminals and rapists, we've got to hate the Mexicans. Those are your enemies. We hate all the Muslims because all of the Muslims are terrorists. We've got to hate the Muslims. Meanwhile, the rich get richer."

Sanders also highlighted that Trump's immigration strategy to deport all undocumented Mexican immigrants and counterterrorism strategy to ban all Muslims from entering the U.S. are dividing the country in a way that stimulates income inequality and benefits only the wealthy.

"[Trump] thinks a low minimum wage in America is a good idea," Sanders said. "He thinks low wages are a good idea. I believe we stand together to address the real issues facing this country, not allow them to divide us by race or where we come from. Let's create an America that works for all of us, not the handful on top."

Sanders' fiery speech on Trump's anti-immigrant stance came after frontrunner and former Secretary of State Hillary Clinton said Trump's anti-Muslim rhetoric makes him the Islamic State group's "best recruiter," a comparison that several others, including Ted Koppel, have made recently.

"We also need to make sure that the really discriminatory messages that Trump is sending around the world don't fall on receptive ears," she said. "He is becoming ISIS' best recruiter. They are going to people showing videos of Donald Trump insulting Islam and Muslims in order to recruit more radical jihadists."