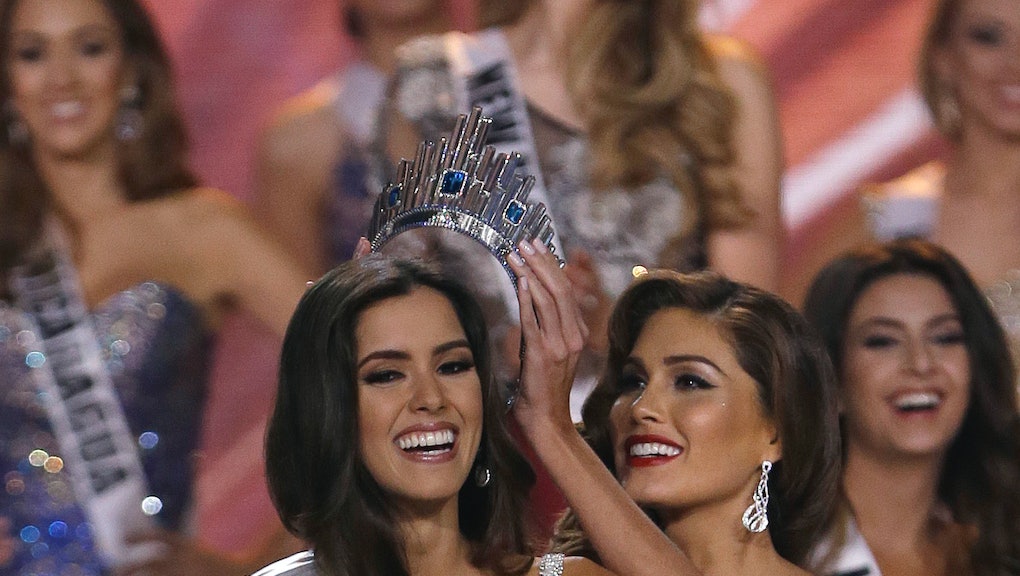 The Super Bowl of pageantry, Miss Universe 2015, will air Sunday night at 7 p.m. Eastern on Fox live from Las Vegas, and in the spirit of Sin City, bets are being made on who will be crowned victorious. While 80 contestants have a chance at snagging the crown, the odds are better for some of the beauties. Betting site Odds Shark compiled a list of odds of who will win the 64th Miss Universe title using stats from Bovada. If the odds are correct, Miss Australia Monika Radulovic will be crowned, with +550 odds. The first (and last) time Miss Australia won was in 2004.

Monika Radulovic was born in Bosnia but fled the country along with her family at the start of the Yugoslav Wars and lived as a refugee in Denmark for a year, according to her Miss Universe bio. She has an honors degree in psychology and works as a model.

Pia Alonzo Wurtzbach is of Filipino and German descent, according to her Miss Universe bio. She's coming into the pageant as a heavy favorite, as four out of the last five Miss Philippines placed in the top five at Miss Universe. Wurtzbach currently works as an actress, model and stylist.

If there's any contestant facing major pressure, it's Ariadna Gutierrez Arévalo: The current Miss Universe, Paulina Vega, hails from Colombia. Arévalo, who bears a striking resemblance to Colombian actress Sofía Vergara, says her family calls her a "cat lady" because of her love of felines.

Olivia Jordan of Oklahoma won Miss USA in July. Jordan, who has a bachelors in health science from Boston University, is another huge favorite for the crown: Eight Miss USAs have gone on to win Miss Universe, with last year's winner, Nia Sanchez, placing first runner-up to the title.

Marthina Brandt, 23, hails from Valle Real. According to her bio, she's a good cook and has been ice skating since she was 4 years old.

If the odds are not looking too hot for your favorite delegate, Miss Universe has introduced fan voting for this year's pageant. Fans can also submit suggestions for the final question on Facebook.