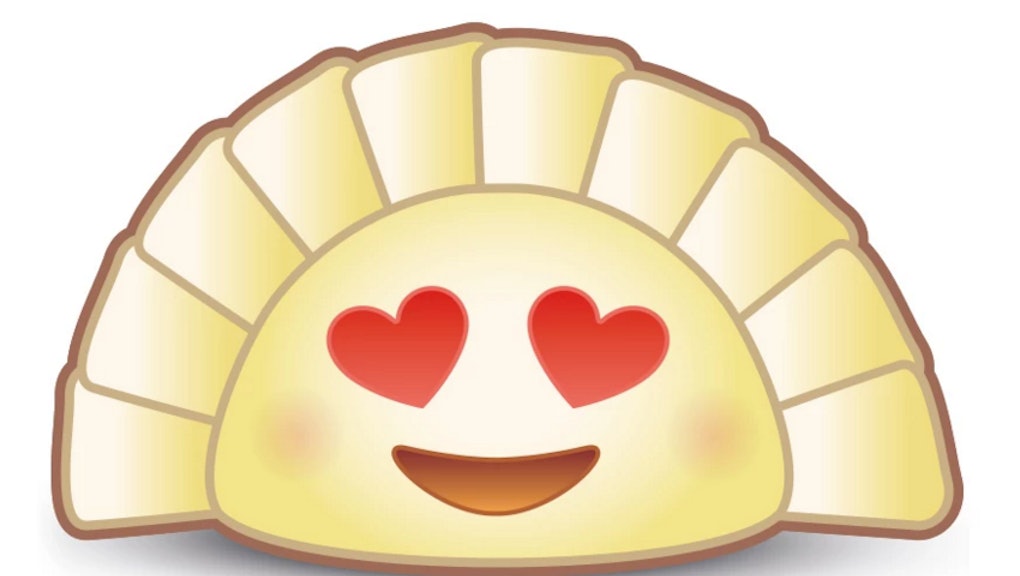 Meet the People Who Are Fighting for Even More Emoji Diversity

Emojis are our beloved little digital sidekicks. They're around when your lame ex sends you a 2 a.m. "u up?" text, when your friend lands that dream job and when you want to announce the addition of a new family member. A 21st-century testament to the expression "a picture is worth a thousand words," emojis say what a sentence can't.

But the symbol-based communication tool also has blind spots, and increasingly, those blind spots involve diversity — or lack thereof. From skin color to gender to familial structure to food, the issue has come up time and time again.

A new campaign called Emojination is trying to change all that, and the organizers are starting with everyone's favorite pocket of doughy sunshine: a dumpling.

Emojination is the brainchild of Jennifer 8. Lee, a former New York Times journalist and co-founder of Plympton, a digital publishing company, and Yiying Lu, a designer who created the Twitter Fail Whale. Broadly, Emojination wants to increase representation within Unicode, the umbrella organization that votes on which emojis make it into our keyboards.

"Emojination would give people a collective sense of their ability to have voice in the emoji process," Lee told Mic. "We want to create a layer that [recognizes] popular demand and learns to translate it into a proposal."

The dumpling idea sprouted from a text message conversation between Lee and Lu. "I was in Cleveland, and I sent her a photo of dumpling, and she texted back, 'Yummy!'" Lee said. "And then she's like, 'Apple doesn't have a dumpling emoji!' Then there's this half-an-hour gap, and then she sends me an illustration of a dumpling emoji.

"If she hadn't done that, I don't know if there'd be a dumpling emoji effort," Lee said. "She was like, I'm a designer, I can fix this!" The two realized that the dumpling was a near-universal treat — its cultural cousins include the Polish pierogi, the Japanese gyoza and the Italian ravioli — and it was this universality, according to Lee, that made it such an attractive emoji candidate.

It may seem insignificant, but to Lee and Lu, it was representative of a larger issue — one they could actively try to change. "[It's like,] there's something wrong with the universe, let me figure out how to fix it," Lee told Mic.

"I believe that art can change emotions, and our emotions affect our thoughts," Lu told Mic. "Emoji are a wonderful blend of art form and meaning, expressed through technology."

After discovering the dearth of dumpling emoji, Lee decided to pay $75 for a basic membership to Unicode — albeit a nonvoting one — to see what the process for electing new emojis was all about. After observing the bizarre, ritualistic and astoundingly specific process involved (BuzzFeed has all the delightfully weird details) she crafted a proposal to get her dumpling emoji a spot next to the taco and the soup.

The proposal, Unicode president Mark Davis told BuzzFeed, "came into the committee, and is in process."

But that wasn't the endgame. The emoji dumpling's website makes clear that the delicious morsel is simply a vehicle for a larger goal: diversifying and improving the system by which emojis are chosen in the first place.

"The decision makers along the way are overwhelmingly male, overwhelming white and overwhelmingly engineers," the about page reads. "They specialize in encoding. Such a review process certainly is less than ideal for promoting a vibrant visual language used throughout the world."

As Lee discovered, the voting members of Unicode's Consortium — who pay $18,000 per year for the rights to select the next wave — are a small, elite group, made up of tech giants like Apple, Google and Facebook.

The dominance of engineers "is one of the [biggest issues]," Lee told Mic. "The skill set of engineering is not robust enough to address the demands the emoji world is putting on the system. You need someone, ideally, who understands how to plug in to systems to gauge desire. The emoji subcommittee itself would benefit from a richer range of skill sets."

To help with the quest, Emojination — whose supporters reportedly include celebrity foodie Eddie Huang and journalist Amanda Bennett — launched a Kickstarter on Dec. 16 to raise the $2,500 needed to become a "nonvoting associate member" of Unicode. If they reached that sum, the group would keep going until it reached the $7,500 required for half of a vote on the committee.

Emojination's motto: "Emoji by the people, for the people."

And it seems like people are interested. The campaign steamrolled past its goal in just 50 hours, and as of press time, it had raised $4,531. Lee told BuzzFeed that instead of spending $7,500 for half a vote, they would likely funnel it into three years of nonvoting membership dues.

There have been similar campaigns before, but Lee's adds a new dimension to the mix. By forming a group with membership power, she's trying to ensure that the fight continues in an organized, systematic way. Though Emojination is still in its infancy — Lee told Mic the structure and operational plans are still in development — it has set out to proactively address the issues that Unicode, which tends to take a more passive approach to changing up the status quo, has lagged behind on.

"Because you're proactively going out [and finding gaps in the emoji universe], you're thinking about inclusivity," Lee told Mic, "You're thinking about representation. I'm an Asian-American female in America, so it's hard-wired into the way I think."