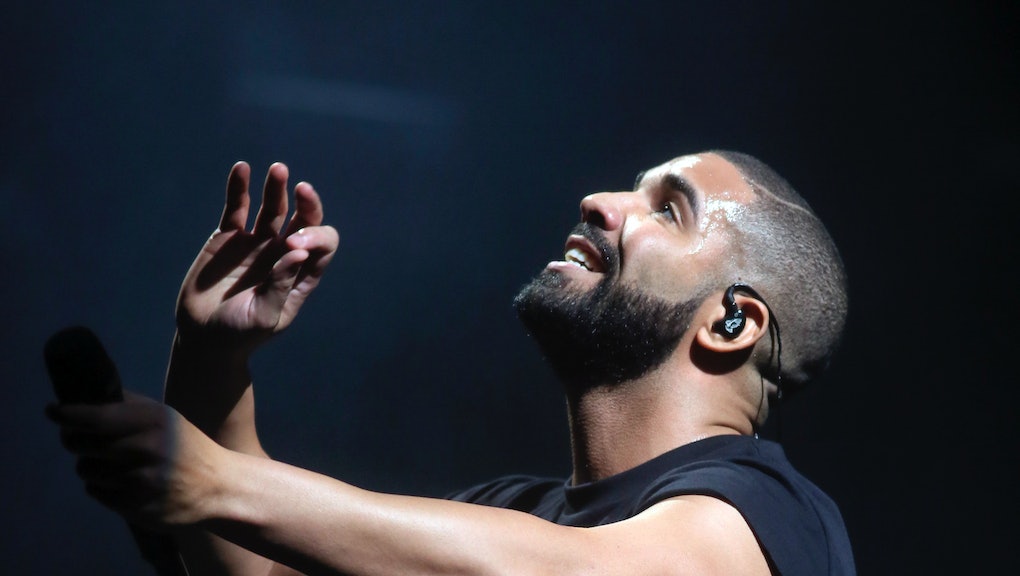 Hold on to your hats everybody because Drake might drop his latest album, Views From the 6, sometime in early 2016. The Canadian rapper has had a huge year, starting with the surprise release in February of his mixtape, If You're Reading This It's Too Late.

In July, Drake released "Hotline Bling" as a single, followed by the release of a music video for the song in October — which inspired about a million memes. In September, Drake dropped What a Time to Be Alive, a mixtape collaboration with Future. Now rumors are swirling that Views From the 6, could drop as early as Jan. 6.

Drake has been notably quiet about the details of his upcoming album, but in November, a cryptic video appeared on the Twitter account "Daily Rap" that appeared to be a promotion for Views From the 6.

The video, which hasn't officially been tied to Drake, ends with "01.06.2016" flashing across the screen, hinting at a potential release date in the first week of the new year.

Drake is also rumored to be working on a new track with Rihanna, which may appear on her upcoming album Anti. There's no doubt that, as busy as 2015 was for Drake, next year will have no shortage of Drizzy-related news.