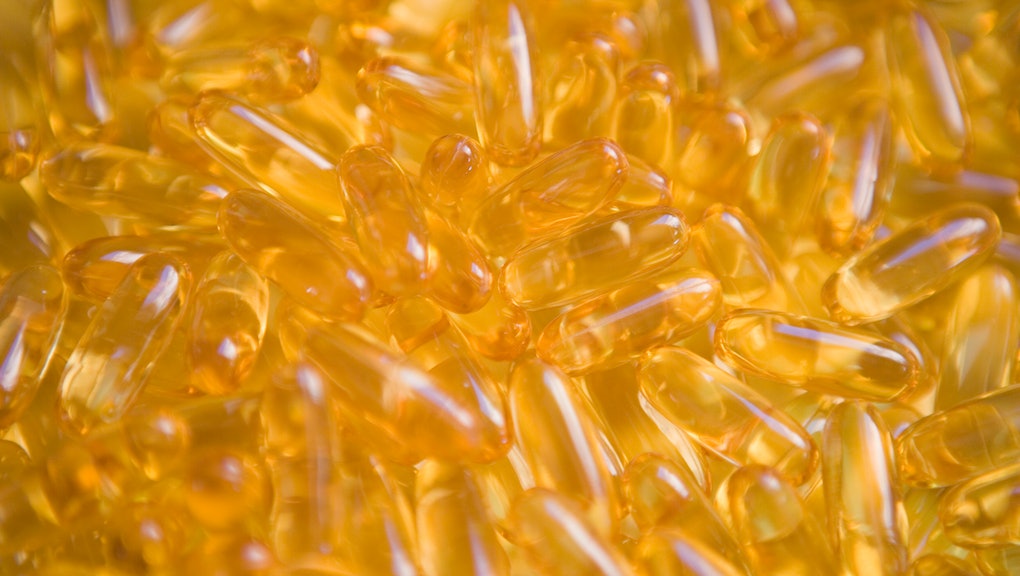 The lipids in your body aren't all the same kind of fat. One kind, "white" cells, are the ones that hold onto the fat to keep you energized. The "brown" cells, called brown adipose tissue or BAT, burn the fat to keep your body temperature uniform. There's a third, lesser-known type, however: "beige" cells. Even though the beige cells live in the white fat cells, with a little bit of stress, the beige cells can turn white cells into brown cells, turning them into fat metabolizers instead of your body's lipid storage bins.

With this knowledge, senior study author Teruo Kawada researched whether different foods could boost those levels of beige cells.

"We knew from previous research that fish oil has tremendous health benefits, including the prevention of fat accumulation," Kawada said in a press release. "We tested whether fish oil and an increase in beige cells could be related."

Previous studies have already seen that taking fish oil may lower fat gain, even though some of that research remains a little inconclusive itself. But Kawada's study shows that fish oil makes the body expend energy and makes those beige cells work to fight back against growing fat cells. It could even turn the fat-storing "white" cells into fat metabolizers when the sympathetic nervous system — the system responsible for fight-or-flight responses — is activated.

"People have said that food from Japan and the Mediterranean regions contributes to longevity, but why it was good was up for debate," said Kawada in the release. "Now we have better insight into why that is."

The insight is: If you don't want to gain more fat, you should probably start eating more fat. If it sounds like your body's trolling you, it is.