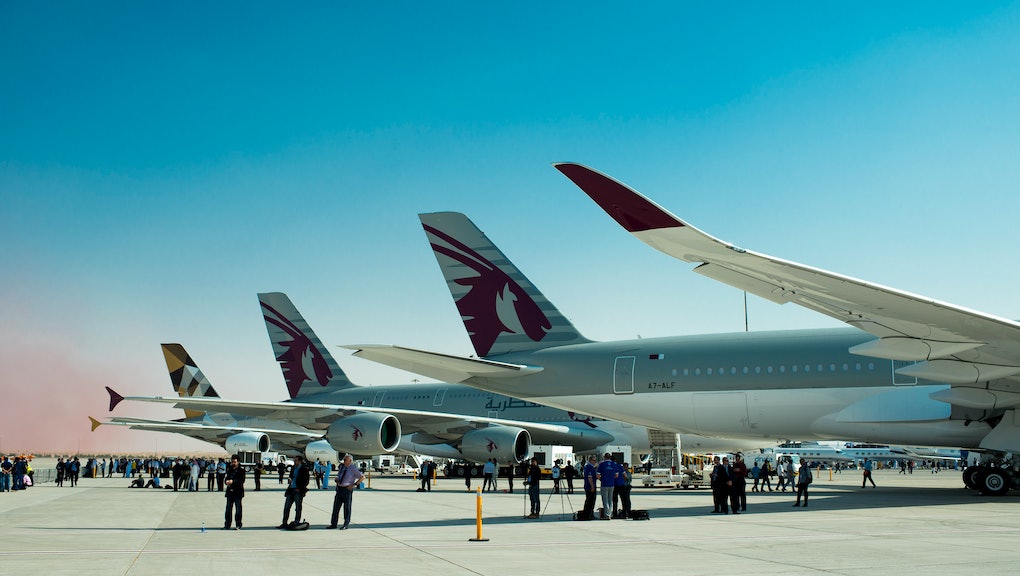 A New Plane Design May End Jet Lag — Here's How

Aside from lost luggage, delays, turbulence and everything else that sucks about traveling, jet leg is the traveler's worst enemy. Low and behold, Qatar Airways and Airbus may finally put an end to the debilitating symptom of long-distance flying.

The airline and aircraft manufacturer teamed up to develop carbon fiber airplanes designed with advanced technology to reduce jet lag, and after $15 billion of research and 2,600 hours of test flights, the planes should be ready to fly commercially soon, Hypebeast reported.

The planes, dubbed A350 XWB Airbus, are equipped with LED lights that automatically adjust to flyers' circadian rhythms and the warmth and glow of the sun. The plane made its first flight from Qatar to New York last week, and will fly to and from Qatar Airway hubs in Europe, the U.S. and Asia.

"The design process was about optimization, pushing the constraints and opening up the box of solutions," Alain De Zotti, chief engineer of the aircraft's program at Airbus told Fast Company. The aircraft also automatically filters the air every few minutes, provides more space and offers a smoother ride, Fast Company reported.