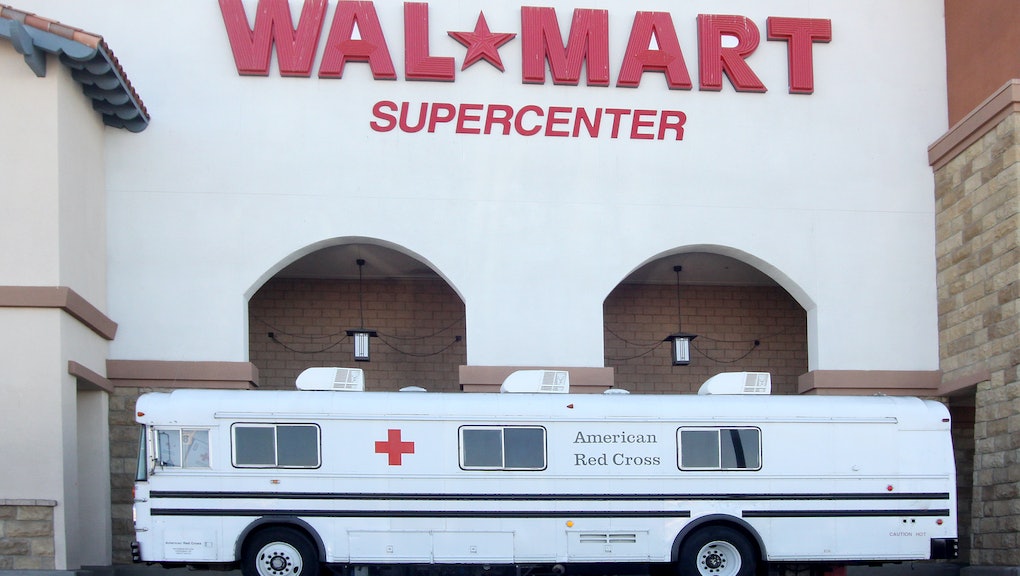 The FDA Lifted Its Ban on Gay Men Wishing to Donate Blood... Sort Of... Not at All

On Monday, the federal Food and Drug Administration lifted its decades-long ban on gay and bisexual men donating blood. But as with so many advances in the LGBTQ community, this step must be taken with a large grain of salt, because this small victory comes with a caveat: Men who have sex with men must remain abstinent for one year before donating.

"While it's a step in the right direction toward an ideal policy that reflects the best scientific research, it still falls far short of a fully acceptable solution because it continues to stigmatize gay and bisexual men," David Stacy, the Human Rights Campaign's government affairs director, told Time.

In recent years, the FDA has gone back to revise its policies that are intended to reduce the risk of transmitting HIV. In 2010 the Advisory Committee for Blood Safety and Availability found that the ban on donations from gay and bisexual men was "suboptimal" and recommended that the FDA conduct studies to "inform a potential policy change," according to the FDA's website. The FDA completed these studies last year and presented them to an advisory board, which recommended the one-year waiting period for men who have sex with men.

Whatever the "data" says is still worth a side-eye: A year is a long waiting period and will likely produce the same effect as an all-out ban. Some Twitter users sounded off on what they saw as continued homophobia from the FDA.

Change takes time, yes, but in this case, it feels a bit like a false alarm.