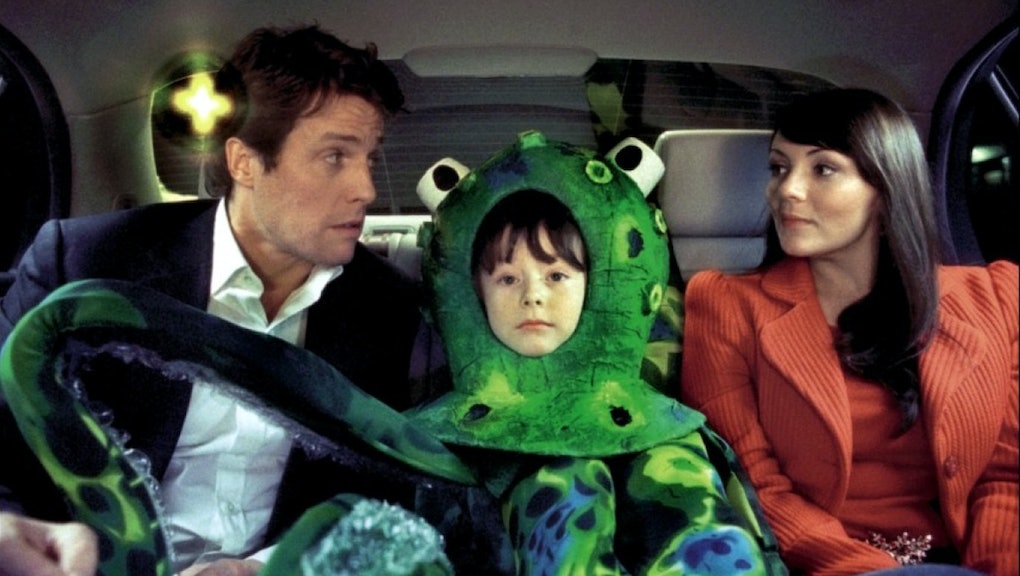 What Your Favorite Christmas Movie Says About You

Ah, the Christmas movie. The traditional favorite dragged out each late December to be enjoyed with family and friends, only to be retired back into the vault days later to wait another 11 months to re-emerge. From the classic to the modern, from Miracle on 34th Street to The Polar Express, each means something different to loyal fans about the holiday season.

But what do those movies say about the people who love them? Let's take a look at 10 movies in particular and what the fandoms that surround them really mean.

Die Hard is the go-to when it comes to unconventional Christmas movies. It's an action flick first and foremost, with just a lick of family sentimentality to fit the holiday spirit. Note that the sequels do not apply here — Bruce Willis' first venture as John McClane is the only one that applies.

What it says about you: You're looking for an extra shot of adrenaline to wake you up after a big Christmas feast.

In recent years, Love Actually has become incredibly divisive, with critics coming for the hackneyed and problematic stories and defenders saying yes, those stories are hackneyed and problematic, but who cares? Perhaps most importantly, Love Actually launched the massive multiplayer holiday movie trend, seen again in Valentine's Day and New Year's Eve.

What it says about you: You're a Brit, or at least an Anglophile, who knows it's silly but loves it anyway.

Back when Ryan Reynolds was looking like the next major movie star, he made this romantic comedy with Amy Smart and Chris Klein. It holds up surprisingly well, thanks in large part to Anna Faris' bravura work as a ditzy pop star. Is the story about a formerly overweight guy (Reynolds) looking to get with his high school best friend (Smart) reinventing the wheel? Nah. But best to forget and enjoy Just Friends for what it is. As Faris' character Samantha sings, "To forgive is divine / So let's have a glass of wine."

What it says about you: You're newly coiffed, freshly groomed and ready to reconnect with someone from high school over break.

The only film on this list currently in theaters, the appropriately named Carol stars Cate Blanchett and Rooney Mara as lovers in the '50s cautiously exploring each other. Set around the holidays, it's a frontrunner for honors at the Oscars this year — and it's a terrific film in its own right. This is the perfect choice if you're looking for a new classic.

What it says about you: You love a bit of melodrama with your torrid affairs.

Dying for your very own official Red Ryder Carbine Action 200-shot Range Model air rifle this holiday season? Get the next best thing with A Christmas Story. The tale of Ralphie Parker (Peter Billingsley) will be familiar to most: A Christmas Story is a cable favorite every season. Even if you haven't seen the entire movie, you likely remember parts of it.

What it says about you: You watched a lot of TBS growing up.

Depending on your situation, family is the best or the worst thing about the holidays. (There's not usually much middle ground.) For Clark Griswold (Chevy Chase), it's definitively the latter. There's some catharsis to be found in seeing him deal with their irritations until it all comes to a head in a climactic rant. Yes, family can be rough, but it's not as bad as the Griswolds.

What it says about you: You enjoy the unintentional comedy of family the holidays bring — as long as it's not your own family.

"Buddy the Elf, what's your favorite color?" Will Ferrell's turn as a human raised as an elf is the sugary gumdrop of holiday movies. Throw in a blonde Zooey Deschanel as his love interest and you've upgraded to a chocolate-covered, sugary gumdrop. By the time the movie's final act hits, you'll be nearly drowning in gumdrops. That's OK though — there's no better time for a sweet tooth.

What it says about you: You're a kid at heart.

The film version of Rent isn't stellar, but it's still Rent! It's still Jonathan Larson's revolutionary musical about a group of young people in New York, some of whom live with AIDS, addiction and other demons. It's an oft-dark piece despite its raucous, rebellious spirit, but very little beats the score for pure inspiration value.

What it says about you: You take your coffee like you take your Christmas carols: hot and dark, but with a sweet center.

The line between wish fulfillment and horror is a thin one in Home Alone. How great would it be as a kid to have the run of the place like Kevin McCallister (Macaulay Culkin) does? But after growing up a bit, the adult horror sets in: Kevin is in major danger. Suddenly, his mom (Catherine O'Hara) doesn't seem so crazed in her efforts to get home by any means necessary. That makes Home Alone one of the only movies on this list that really benefits from watching every year — your reaction changes as you grow.

What it says about you: You know you'd deal with the Wet Bandits just as creatively as Kevin, if not moreso.

Charles Schulz's Peanuts characters are as comforting during the holidays as Linus' blanket. The familiar music alone induces a fuzzy feeling. What happens in the special matters little — there's a play, Charlie Brown is depressed and Linus teaches him the meaning of Christmas. But what's most important is the experience of watching it, letting the cartoon kids take you back to when you first watched as a child.

What it says about you: You're not immune to a good Christmas cry.