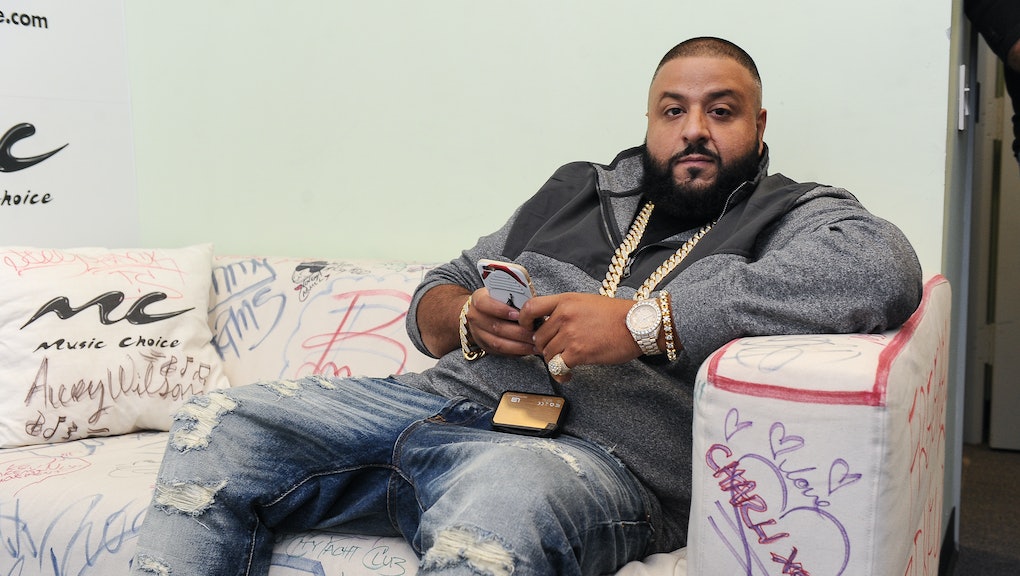 Here Are Some of DJ Khaled's Best Snapchats

In the world of Snapchat, nothing lasts forever. Photos and videos from friends and celebrities are only given a precious 24 hours to be viewed, analyzed and processed by audiences around the world. One man takes full advantage of those valuable moments, bestowing daily wisdom and advice matched with visuals of a luxurious lifestyle.

That man is none other than 40-year-old Khaled bin Abdul Khaled, otherwise known as DJ Khaled. "The key to more success is to have a lot of pillows," Khaled explains from his king-sized bed, showing off his array of plush bedding. "A lot. I'm talking about a lot. A lot. A lot."

What makes Khaled's Snapchat so perfect is that he understands it's the little things in life that are most precious. Whether it's talking about Dove soap or watering his Florida residency's backyard garden, the DJ loves to share with the world the things that make him smile, and his thoughts on life and prosperity.

Here are some of his greatest snaps to date:

When he revealed the true key to success is Dove soap:

In fact, Khaled appears to be a huge fan of Dove on Snapchat. He described the company's deodorant sticks as being "important for the culture."

Seriously. The man is truly obsessed with Dove.

When he explained the key to "more" success is a fresh fade:

When he was scolded for putting his entire life on Snapchat while receiving a head scratch:

When he nailed a Jamaican accent while discussing fire:

When he talked about roadblocks from the back of a limousine:

When he rode an elevator while discussing climbing the mountaintop of success:

So simple, yet so profound:

When he described how to deal with negative people by saying, "Hate is a waste of emotion. Tell them to jump in an ocean."

When he was relaxing on a Jet Ski but felt it necessary to relay a message about life to his fans:

When he showed off multiple high-fashion watches to make a point about time:

But what's the "major" key to success? A hearty breakfast: